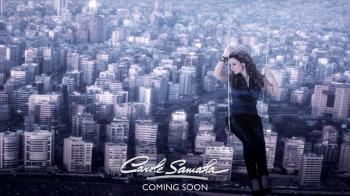 Lebanese Star Carol Samaha in collaboration with Rotana will officially launch her new album on March 13, 2013. The album will feature 13 hit songs, where she collaborated with composers Mohammad Rahim, Muhammad Yahya, Marwan Khoury, Salim Assaf, Issam Raja, Romeo Lahoud. Carole has also collaborated in this album with a number of new talents in the music scene such as Islam Zaki and Mohammed Waziri.