BNL’s Sit Down with Mashrou’ Leila: “We Like to Raise the Bar for Our Fans” 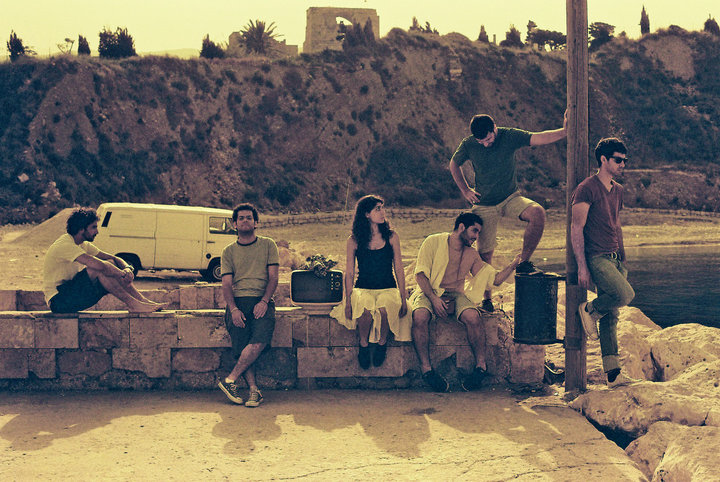 It’s truly a breath of fresh air when musicians from Lebanon step up to the plate, working hard to become successful. With a little bit of effort a simple project, born from the idea of bringing musicians together, grew to become a successful rock outfit.
Mashrou’ Leila has a full-length album and numerous tours/live shows under their belts. For the band it doesn’t stop there, but where did it start?
Andre Chedid (guitarist) and Ibrahim Badr (Bass) gave me the full story…

Ibrahim breaks it down, “Everyone in the band is from the graphics/architecture department at AUB. Andre with the keyboardist and violists posted a flier saying whoever wants to jam and play music during their free time should meet at the AUB music club once a week. Everyone was from the department, that way they knew everyone who was playing but I came in later”

And was this indeed and overnight project? Ibrahim continues, “The name came from a concert that the AUB had. They needed us to come up with a name because they didn’t want to call us architecture band. You can say in a sense that it was an overnight project because we had to think of a name to give them.But literally overnight NO because really when can you stay at AUB overnight? NEVER” [laughs].
The band has been a success but also created a little controversy due to lyrics regarding Lebanese society I wondered did the lyrics affect their fan base.
Andre thinks, “it sparked interested some positive and some negatives ways”
Ibrahim disagrees “no man, I am not sure about that. There are so many people and shows that talk negatively about Lebanon we didn’t say anything different then others. Everyone speaks about politics, stuck up people etc. the ideas we bring up are not so novel. I think the first album was more in your face I suppose more people would word it nicely. Sometimes I am surprised they let us sing certain songs because we are not popular among the conservative people.”

Andre importantly adds “we are not trying to offend we are just saying what we see.”
Ibrahim semi jokingly says “I think we are popular because we talk about everyday things people go through not just “houbak nar, w kazah” because we like our fans to relate to us”

Mashrou’ Leila had two gigs that had thousands of fans in attendance did the band expect this turn out for a rock band?

Ibrahim explains “we didn’t expect that at all, basically every gig even small ones were big events for us. It was crazy because we put those events on ourselves. I was taking a nap in the car before a show and woke up to a huge crowd that I didn’t expect. I didn’t even think our sound system was good enough for that many people [laughs]. We were surprised but very happy!”

Andre’s reaction to the shows was “we never thought we would get over a thousand people. Byblos we kind of expected because we saw on our facebook page who was coming but when you actually see thousands of people in person it looks a lot bigger then you even expected”.

I know for a fact the band as musicians are talented but I wondered what else made the band so popular.
Ibrahim was shocked saying, “wow this is the first time someone has asked us that” and continued to answer, “Honestly I think maybe it is because of the architecture graphic design aspect. It compliments the band because we do our own artwork, poster designs and stage set-ups. Writing the songs is just the tip of the iceberg for us. For instance if Andre didn’t know architecture so well we wouldn’t have a great jam room to work in. The design aspect is good for the band. The guys always make fun of me because I am the only one who is not architect and graphics driven. I am the scientist. [He says with a huge grin]”

Continuing on the subject of architecture he adds “one cool thing about the Byblos show was that we rented out 6o old TV’s that could still turn on, we hooked them up to something that could play images. Given the small budget we had we had a nice display for the show. If we didn’t have that architecture background we wouldn’t have been able to do that.” 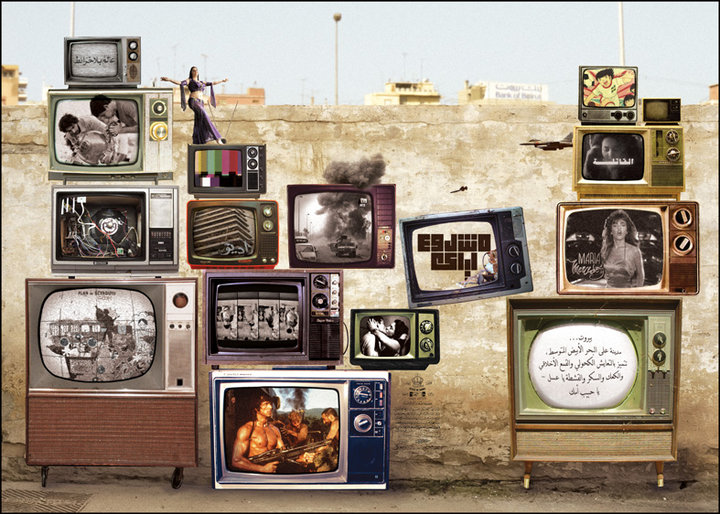 Rock music is more so known as underground in Lebanon the guys gave their opinions on the subject of either  staying underground or becoming commercial.
Andre states, “I think there is always going to be an underground rock scene but we don’t like to be labeled  underground.”
Ibrahim agrees, “we don’t like it because it sounds like we are not professional, in Europe or the US  underground doesn’t mean low budget in Lebanon it does. It means amateur and we don’t think of ourselves  that way. We like to be successful ”

Andre adds “I think by us traveling to Serbia, Jordan, Egypt, Dubai and pretty much every Arab country (that will have us and not shoot us), as well as traveling to the States and Canada in November, separates us from underground and gives us the ability to work towards main stream.”

The band has a new EP coming out, what can the fans expect?
“The EP will be kind of a continuation or older brother of the first album”, says Ibrahim.

Andre adds, “It’s the same way of thinking but since we recorded it ourselves unlike the first album it has a different sound but not a different direction. You see we wrote most of these songs right after our first album so they stick to our same style” 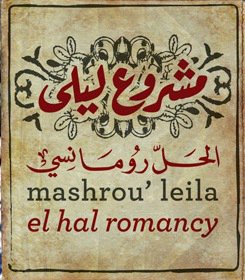 The EP is called “El Hal Al Romancy” but what’s the meaning behind that name?

Andres informed us that Hamad who came up with the name said “he was reading a book about the romantic solution so he related it to the situation here. It is also the name of a song on the EP”

The guys started discussing the meaning behind the song, which makes me assume that fans can interpret it in different ways according to how they feel about the lyrics. Which I believe is the way songs should be.

It’s always tough for bands to answer the question “what do you like more, playing live or recording an album?” Do you guys have a preference?

Both exclaim at the same time, “DOING IT LIVE!!” and agree saying “we like it more because the energy” 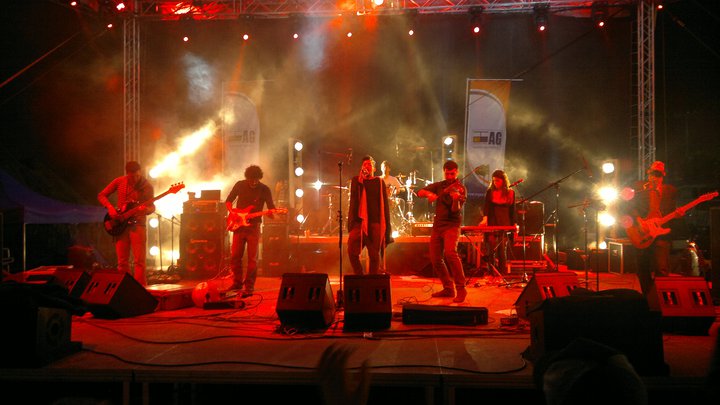 Regarding the upcoming Hippodrome show fans can expect,

“New songs and a great live show with loud music, food, drinks and fun” says Andre
Ibrahim is excited for the show informing me “it has been a year since we played so we are ready to play for Lebanon. We like to make our shows new for people and raise the bar for our fans. If we are playing every night we cant really keep raising the bar. We don’t want to overplay our songs and hating our own music.”

So the big question is what does the future hold for Mashrou’ Leila?
Andre says “our goal is to work on another album with a pro producer most likely outside Beirut.” Ibrahim agrees, “In the Arab music scene we can’t find anyone to fit our recording style but we are looking. We want to keep doing what we do and play more gigs outside the country, we want to work hard and move forward.”

Andre is ready for future shows; “Soon we are going to experience our first big show in a non-Arabic speaking country, we are excited to see what it will be like. On I-tunes Europe we see our sales and they are high.”
Ibrahim jokes “now we don’t know if that means people in Europe love us or just that everyone in Lebanon pirates music. We hope it’s that Europe loves us [laughs].”

Mashrou’ Leila closed the interview with these messages to their fans,
Ibrahim: “We are really excited about the album release, come see us play!!”
Andre: “Yes, we are really excited. We are not playing a lot so we can give the fans something new, which is what we want to do ALWAYS!”

Link up with the band on their Facebook: http://www.facebook.com/mashrou3leila