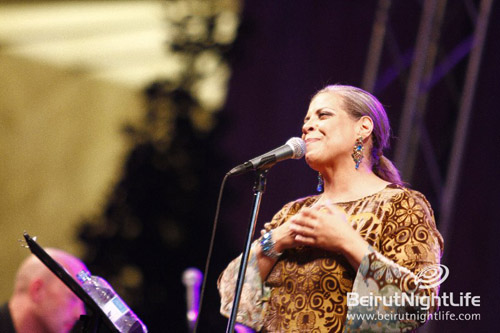 Beirut Jazz Festival 2010 in its second day was no different from the opening. Crowded, live, energetic and moving. Patti Austin, the shining star at Beirut Souks that night at a moving live performance that amazed the attendees. The heart of B-City was touched by the jams and voice of Patti and her band.

Austin rich history of music with hit songs such as “Every Home Should Have One”, Razzamatazz”, “How Do You Keep the Music Playing?” was proved to be a treasure. After a string of successful albums, dozens of compositions recorded by a variety of recording artists, and collaborations with Jazz/Pop/R&B masters Quincy Jones and Dave Grusin, Austin remains one of the most prolific musical talents of our time.