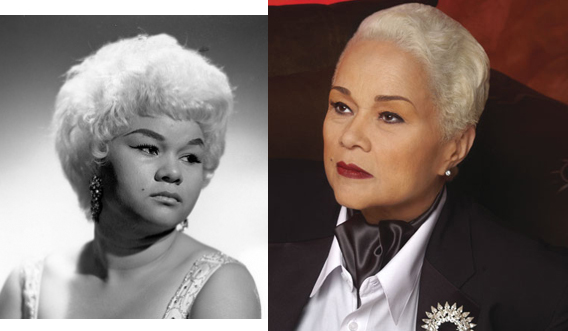 Last year the unfortunate news was announced that soul, RnB and blues singer Etta James was diagnosed with leukemia, since then she has undergone treatment. The world recently received the sad news that Etta James has passed away (age 73). She took her last beautiful breathes at the Riverside Community Hospital with her husband and sons along side her.

Born Jamesetta Hawkins in 1938 lead and extraordinary life. Her mother was a mere 14 years old when Etta was born and she also did not know her father. That did not stop Etta James from rising above all to become one of the most popular females names in music history. Etta James was inducted into the Rock and Roll Hall of Fame in 1993 as well as has received many awards and recognitions for her work.

Many people have been expressing their appreciation for Etta James such as:

Bryan Adams wrote “Etta James… one of the best voices of all time… RIP”.

Legendary producer Jerry Wexler once called her “the greatest of all modern blues singers”.

Kelly Rowland said: “Classic. One of a kind. Pure soul.”

I would also like to recognize and say rest in peace to the bandleader who discovered Etta James singing group the Creolettes, Johnny Otis, who also died this past week.