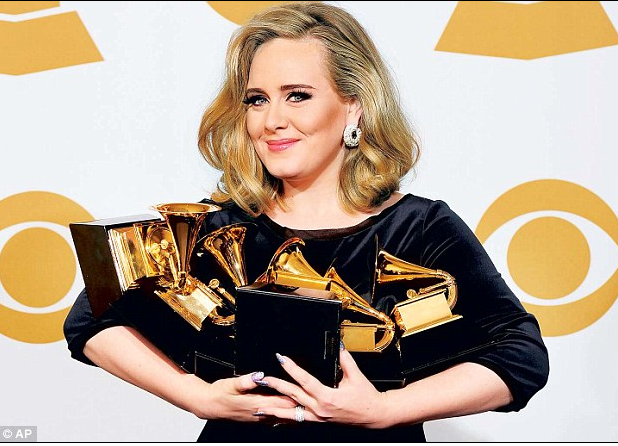 Scoring a triumphant number of awards at the Grammys wasn’t a surprise to the music world and Adele fans. With her brilliant voice and heart touching lyrics, she related to many who have loved and lost, but her latest news spoke louder than her lyrics. Adele has revealed she is taking a five-year break from music to focus on her relationship. The “Rolling in the Deep” singer wants to focus on spending time with new love, Simon Konecki, because choosing career over love has caused nothing but a heartbreak to the British singer in the past.

Adele told US Vogue magazine: “I am f***ing off for four or five years. If I am constantly working, my relationships fail. So at least now I can have enough time to write a happy record and be in love and be happy.” Adele made her live comeback, following surgery that put her to silence, at the Grammy Awards on Sunday. She credited Konecki for her comeback and recovery that accompanied her to the event. “He’s wonderful and he’s proud of me, but he don’t care about what I do or what other people think. He looks after me. I don’t think I would have gotten through the recovery for my surgery if it hadn’t been for him.”

What do you think BNLer’s, is the world ready for a happy-in love Adele? Or is it a matter of time for Konecki to become the inspiration to another number one tearful hit single?