Pitbull: The Man Behind the Name 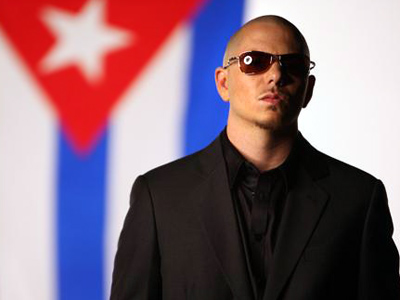 We’ve been hearing his name all over the radio, he’s all over the music charts, and every time I switch to MTV, he’s there. So, who is this Pitbull?

For starters, his real name is Armando Christian Pérez and he was born in Miami in January 15, 1981. He is a Cuban-American rapper, singer-songwriter, and producer, whose sound combines hip-hop, crunk, reggae, reggaeton, and dance-hall with English and Spanish lyrics. He is also known as Lil’ Chico and Mr. 305.
Although he’s just recently become big on the international music scene, he’s actually been around since 2002, during which he recorded his first performance on Lil Jon’s album Kings of Crunk. In 2004, he released his debut album, titled M.I.A.M.I. (which stands for Money is a major issue). He followed with a second album titled El Mariel in 2006, and a third, The Boatlift in 2007. He then released Rebelution in 2009, which includes the hit single “I know you want me” that peaked at number 2 on the Hot 100 chart. The song reached number 1 in France and the European Hot 100 in August 2009. After that, he signed with Polo Grounds Music and created his own label Mr. 305 Inc.

Pitbull collaborated with several artists like Enrique Iglesias (I like it), Usher (DJ got us falling in love), T Pain (Hey Baby), and Akon (Shut it down). The songs were major hits in Lebanese and international charts.

Armando (Pitbull) was not always such a badass; as a child, his parents obliged him to memorize the works of Cuban poet José Martí. He also hosts his own Spanish language program “La Esquina”.