The Legendary Beatle Paul McCartney Set to Open the Olympics 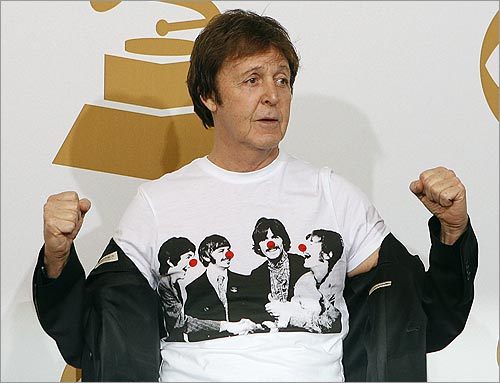 The Olympic Games are enormous events that are viewed the world over. Which is only fitting that Olympic Games have booked non other than, former Beatles member and music legend, Paul McCartney to perform during the opening ceremony. McCartney will help get the London Olympic Games off to a rockin’ start. The former Beatle is the first artist to be confirmed for the opening ceremony. He confirmed this speculation by telling the BBC, “I’ve been booked”, McCartney added that he would be, “closing the opening”. McCartney performed a warm-up gig for the Olympics earlier this week, closing out the Queen’s Diamond Jubilee on Monday.

If former Beatles member, the legendary Paul McCartney, is “closing the opening” I wonder what huge name will be opening. Hmmm….