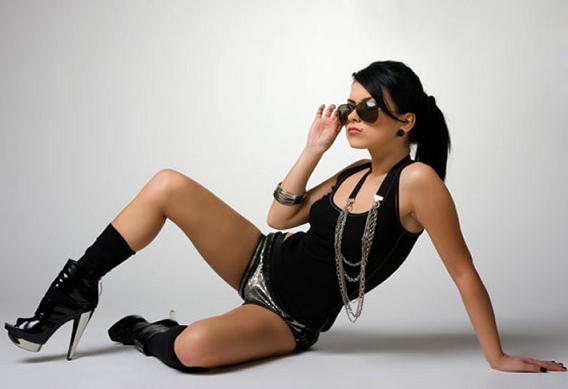 Inna, born in October 16, 1986 under the name Elena Alexandra Apostoleanu, is a Romanian dance singer. She was born in Mangalia, Constanta County, Romania. Inna remembers that her passion for music began by her family encouraging her to pursue her love for singing. As a child, her grandfather used to nickname her Inna, and that is how she decided that that would be her stage name. During her teenage years, she enjoyed to listening to Christina Aguilera and Beyonce but her favorite music style was electro-dance. She remembers how easy it was for her to sing all the songs that she liked.

Inna studied at Liceul Economic Mangalia. After succeeding and graduating from high school, she began her degree in Political Sciences at the University of Constanta. At the end of 2007, she signed a contract with Play & Win, a Romanian dance music trio and leading Romanian music producers.

In June, Inna won a Romanian Top Hits Award for her hit single “Love”. Later that year, “Hot” hit number one on the Spanish singles Chart and was certified Platinum by PROMUSICAE for selling over 40,000 copies during that summer. It was also certified Platinum by the Syndicat National de l’Édition Phonographique for selling more than 100,000 CDs. Inna has five consecutive top ten hits in France: “Hot”, “Deja Vu”, “Amazing”, “10 Minutes” and “Sun Is Up”.

Inna’s latest hit single “Sun Is Up” topped the charts at number one in Bulgaria and was a top five in France, Romania and Russia.

Although Inna is considered to be the “Best Romanian Act Worldwide” she rarely performed live until 2010. In 2008-2009, her outfits were criticized by Romanian magazines.

Inna responded by saying:“A man in his lifetime can do something better than anything else. I can sing way better than I dress myself up. I know how to sing, and from now on, I know what to wear, because I employed a stylist from Timişoara. My previous stylist wasn’t good enough, so I fired her.”

Many Romanian websites and magazines cruelly criticized her speaking with headlines like “Inna considers herself an international artist but she can’t talk in English”. During that interview she mistakenly said that she was “(…)boring”.