Gossip Gab: Bruno Mars is NOT a Coke Head 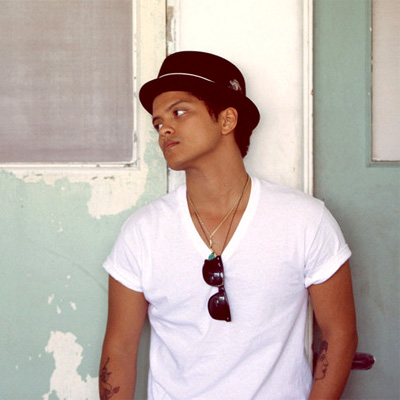 After quite a while since his arrest, famed hit recording artist Bruno Mars’ case is finally dismissed. Clack Country District Court Judge Jessie Walsh has cleared Bruno Mars of the charges.

If you didn’t know, in September 2012 Peter Hernandez aka Bruno Mars was arrested at the Las Vegas Hard Rock Hotel after a bathroom attendant caught Mars with a baggy full of white powder. That white powder was later identified as cocaine. Bruno Mars is an honest man, he plead guilty to the cocaine possession charge which resulted in a $2,000 fine, 200 hours of community service as well as put into drug courses. Not only did Bruno stay out of trouble during this probation time but he also exceeded his 200 hours of community service. Truly a great guy 🙂

Mars’ original guilty plea will not be showing up on his record, which makes Bruno and his record 100% clean. All and all the Bruno Mars cocaine case is closed!

Fun Fact: According to yahoo news, the original Clark Country Deputy District Attorney David Schubert, who first prosecuted Mars for the charge was later arrested for buying cocaine himself a few months after the trail. The case was then given to Judge Walsh who continued the case…Funny how justice is sometimes served.