Glee: One Character Dies, Another Pursues His Solo Career 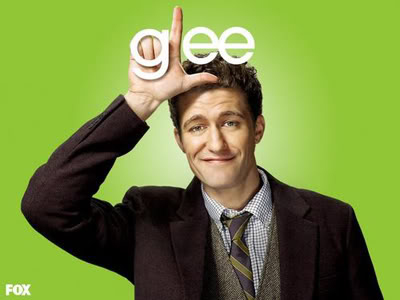 To Glee fans everywhere: prepare yourself for darker times because this happy/feel-good show is taking a dramatic turn towards death. Matthew Morrison, the lead actor that plays the role of Will Schuester, confirmed that a character on the show will die.

Morrison, as quoted by Glamour:

“Somebody’s dying. Obviously I’m not going to tell you who it is, but it is no-one you would probably expect,” he said.

“The episode right before the finale is called ‘Funeral’. We were actually at a funeral home yesterday, shooting all day. It was a very taxing day.”

Although Morrison has begun works on his solo career with the upcoming release of his debut album next month, featuring Elton John and Gwyneth Paltrow, he assured sources that he will not be leaving the show.

“What is that? I don’t know where the people get that stuff. No, [I’m] not at all [thinking of quitting],” he stated.

Who do you think will die in Glee? Are you looking forward to Morrison’s new album?