Female Musicians Who Sang Their Way to the Bank in 2011 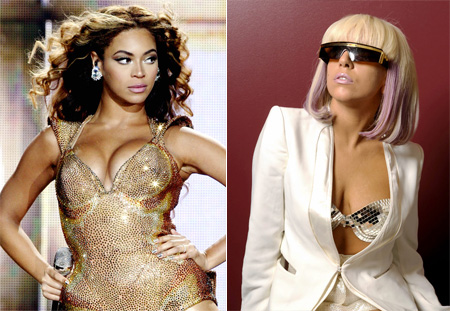 We all know that musicians in the states make the big bucks but do you have any idea how much? According to Forbes.com, drawing up its list from data on pre-tax income compiled through record sales, touring data and interviews with music lawyers, managers and concert promoters, these leading ladies had a lot to be thankful for this year. Their hard work truly “paid” off.

Lady Gaga towered over other female musicians in 2011, heading the list of top earning women with a whopping $90 million in income.

Taylor Swift earned about $45 million, thanks to her concerts which grossed  $1.3 million on a nightly basis as well as endorsement deals, a perfumer line and more.

Katy Perry is just behind Swift with an estimated $44 million.

Beyonce who is usually towards the top of this list dibbed down a little to about $35 million, as we did see a decrease in touring for Beyonce this year (maybe due to her expecting a little bundle of joy). Her fashion line, fragrances and her new album “4” kept her in the top 5.

Rihanna rounded out the top 5, earning an estimated $29 million from sales of her album “Loud”, and endorsements from cosmetics company CoverGirl and more.