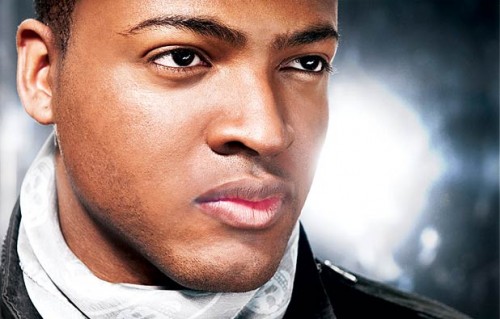 Taio Cruz is a Britsh singer, songwriter, and music producer. His real name is Adetayo Ayowale Onile-Ere, and he was born on April 23, 1983 in London to a Nigerian father and a Brazilian mother. He attended school in Rugby, Warwickshire, West Midlands. His songwriting career began when he was 18 as part of RedZone entertainment. At 21, he received a BRIT award for co-writing Will Young’s 2004 single, “Your Game”. Cruz is the founder and CEO of Rokstarr Music London, under which he released his debut single “I Just Wanna Know” in 2006. In the same year, he signed with Universal Music Group, Republic Records, and Island Records under a joint deal.

Taio Cruz released his second single “Moving On” in September 2007 which made the top 30 in the UK. In March 2008 he followed with his next hit single, “Come On Girl”, featuring Luciana, which hit number 5 on the UK charts. His released his debut album Departure on March 17, 2008, and it peaked at number 17, earning him a MOBO award nomination. He released “She’s Like a Star” on August 18, and it featured Busta Rhymes and the Sugababes. The remix was featured on the Sugababes’ album Catfights & Spotlights, which peaked at number 20.

During 2009 he worked on his next album, Rokstarr, which was released on October 12 under R.E.D Inc/Island Records and is written and produced by Cruz and UK Producer Frazer T. Smith. The album’s lead hit single “Break Your Heart” was released on September 14 and reached number 1 in the UK for three consecutive weeks, and remained in the top ten for six weeks. It also reached the top on the US Billboard Charts for one week.
In an interview for The Guardian it was stated that “Cruz was clever to have hooked up with a US rapper Ludacris on his breakthrough hit”. The album brought two other UK singles, “No Other One”, and the top-ten hit “Dirty Picture” featuring Kesha. The album’s fourth single, “Dynamite”, debuted at 26 and peaked at number two on the US Billboard Hot 100, and at number 1 on the US top 40 earning Cruz his second US number 1 record.

Cruz has written some lyrics for Tinchy Stryder’s albums, Catch 22 and Third Strike, for Cheryl Cole’s album, 3 words, and for JLS’s album, JLS. The Saturdays have also been working with Cruz on some of their songs included in their third studio album. Mcfly’s song, “Shine a Light”, features Cruz and was also written and produced by him. He is also writing for Justin Bieber’s upcoming album.

On 1 September 2009, Cruz launched the brand Rokstarr; a fashion and accessories brand focusing on sunglasses. Musicians such as Kanye West, Shontelle, Keri Hilson and Kelly Rowland have been seen wearing them.
Speaking in October to R&B writer Pete Lewis, Cruz stated:
“There’s a load of US celebrities that are all rocking the sunglasses already – Kid Cudi, Justin Timberlake, Kanye West… Then in the UK we have The Saturdays, JLS, Daniel Merriweather – who’ve all been twittering and writing on their blogs how much they love them. So yeah, it’s definitely my new album ‘Rokstarr’ and the fashion brand that are my two main focuses at the moment.”

Meanwhile, speaking again to Lewis in April 2010, Cruz revealed:
“We’re currently looking to expand the brand and possibly go into things like watches. I’ve also got a new subsidiary of Rokstarr called ‘Rok By Rokstarr’. And we’ve just started doing things like jeans and T-shirts, and stuff that more of the fans of Taio Cruz can buy. Because with Rokstarr in itself being so expensive, a lot of the kids out there who want to buy Rokstarr things can’t. So we’re bringing in stuff that’s a little bit more High Street and more affordable.”