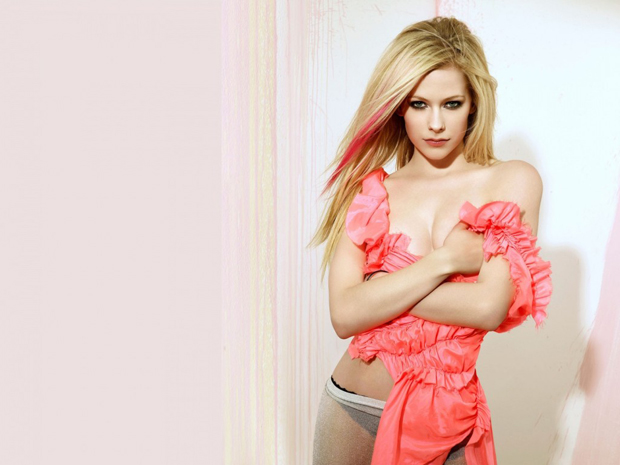 For the past decade, Avril Lavigne has enjoyed a successful career filled with pop-rock commercial music, including hits like “Complicated”, “I’m With You”, and “My Happy Ending” which have contributed in pushing her US album sales to 11.5 million, according to Nielsen SoundScan. Contrary to her record label’s wishes, Lavigne felt ready to move away from conventional pop and convey a more raw sound on her new album Goodbye Lullabye, her first album in almost four years that was released on March 8 under the RCA Record label.

After her hit single “Girlfriend” in 2007 and the release of her third album “The Best Damn Thing” followed by a world tour, Lavigne started writing a whole bunch of stuff in 2008. She worked in her LA residence with producer Butch Walker and songwriter Evan Taubenfeld. She later on traveled to Sweden to write and record with pop genius Max Martin for the first time.

Deryck Wibley, the Sum 41 frontman whom Lavigne married in 2006 and divorced last November, also produced six songs on Goodbye Lullaby. Whibley says: “We had a studio in the house that we were living in together, so it was just really simple. A lot of the songs I did were just supposed to be demos, but she’s the kind of person where, if she does something once, it’s usually her best take and she never wants to do it ever again. It would be just a quick demo but it would turn out really well.”

Although the couple split before the album was complete, Lavigne says that there was no awkwardness in working together with her ex-husband.

Lavigne on Whibley: “I think I’m pretty lucky, and I feel really grateful to be able to say that we’re like best friends, that we’re like family. I hope to work with him in the future. We have a great friendship, great relationship and a lot of respect for each other.”

The album’s first single “What The Hell” is a bright catchy pop-rock song and peaked at number 11 on the Billboard Hot 100 since it was released in January. Other tracks on the album like “Wish You Were Here” and “Not Enough” are not as bubbly as the first one though; and according to Lavigne, that was a problem for RCA Records. Although the album had been completed for a year, Lavigne had to argue with the record label about changing Goodbye Lullaby to a dance floor album.

Lavigne says: “The biggest challenge and only challenge of this album was my record company. I found myself in a situation on my fourth record with a bunch of people at the label who I didn’t know, and they’re coming in on my project and saying, ‘Here’s what we think you need to do for your record,’ and giving me their vision. And radio’s so rhythmic/dance-driven right now, and that’s not where I was going with this record. So I had to fight and say no, but… I ultimately made the record I wanted to.”

Avril will be pretty busy this month, publicizing Goodbye Lullaby by appearing on The View, The Tonight Show With Jay Leno, and Jimmy Kimmel Live. She hopes for the release of a second single soon, possibly “Push”.
She is also planning a tour: “I think I’ll do more stripped-down, acoustic stuff, like me on the piano, but I definitely don’t wanna make my whole show like that. I’ll have those moments and then rock out with the old stuff,” Says Lavigne.

What do you think of Avril’s new album?