Above & Beyond TV Episode Sixteen – Kiev

Join Tony & Paavo as they journey to Kiev, Ukraine and share a glimpse of the historic city then go on to rock the KISS FM Birthday Party at the IEC. 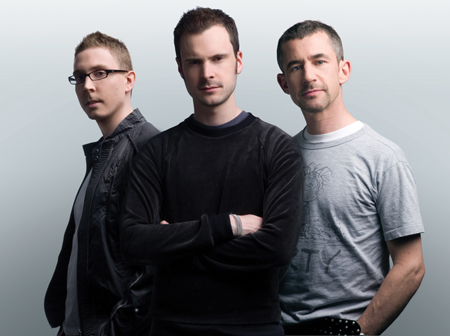 Above & Beyond is a trance music group formed in 2000. The group is famous for remixes and their own productions. The group’s tracks are regularly played by well-known DJs, such as Tiësto, Armin van Buuren and Paul van Dyk. They are also known under other aliases, like Tranquility Base, OceanLab, Dirt Devils and Rollerball.

Jono Grant and Paavo Siljamäki met at Westminster University, and they set up the Anjunabeats label in the summer 1999 with the release of the “Anjunabeats Volume 1”. The song received the immediate attention of various dance clubs, and quickly gained support from Pete Tong, Paul Oakenfold and Paul van Dyk.

Above & Beyond came together in 2000 when producer Tony McGuinness called in Jono and Paavo to help him complete the Chakra remix while he was still working at Warners. The inspiration for name Above & Beyond came from a web page belonging to an American motivational trainer called Jono Grant which was stuck on the wall of the studio. Although they were unknown at the time, the Above & Beyond remix of Chakra ‘Home’ was picked over remixes by Rob Searle and Tilt to be the A side mix, and after plays on Pete Tong reached number one in the UK club charts.

Above & Beyond’s most famous remix was for Madonna’s single “What It Feels Like for a Girl”. Madonna was so impressed by the remix that the music video for her song was shot to the Above & Beyond remix instead of the album version

In 2006 they released a full artist album called “Tri-state”, defined by DJMAG as a” big progress for the trance genre “, it features collaborations with the likes of Zoe Johnston, Richard Bedford and Andy Moor, known for his work with Tilt and as half of Leama & Moor. The first single from the album, “Air For Life” (featuring Andy Moor), was released in July ‘05. New single “Alone Tonight” was released in November ‘05.