Above & Beyond December Giveaways

To celebrate the 300th episode of their

Trance Around The World (#TATW300) Radio Show, Above & Beyond are giving some fantastic prices every day in December right up until the 300th broadcast airs on Christmas Day.

DJ Hero Console for PS3, road tested by Above & Beyond 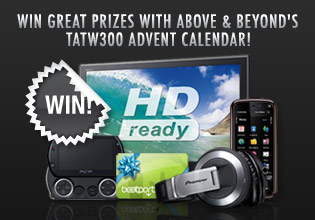 A pair of Technics 1210 decks, pre-owned by Tony McGuinness

Above & Beyond: Anjunabeats Volumes  1-7

To enter into the draw to win a prize a day, simply go to www.tatw300.com to win that day’s unique prize. We will be announcing winners on the following day in the advent calendar window so check back daily to see if you have won. Good luck! Jono, Paavo & Tony.

In addition to the advent

calendar giveaway, Above & Beyond are handing over the playlist selection for #TATW300 to the fans, check www.aboveandbeyond.nu for details on how to get involved. Above & Beyond are also hosting a special  #TATW300 Party at Forum Hall in Moscow on December 12, where they will be joined by some of the radio show’s most popular featured artists: Kyau & Albert, Super8 & Tab, Daniel Kandi, Mat Zo and PROFF. 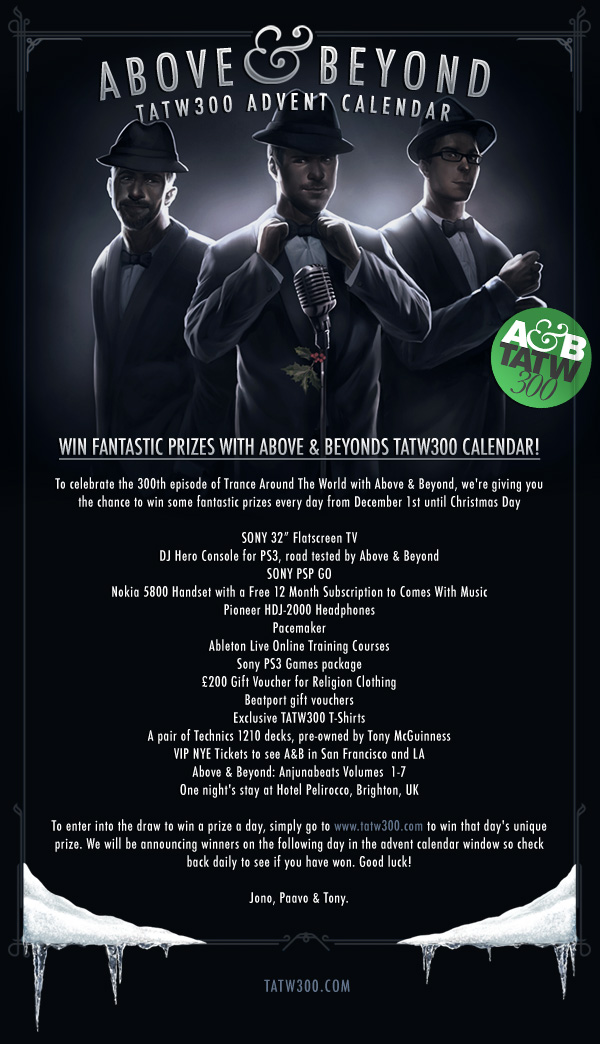