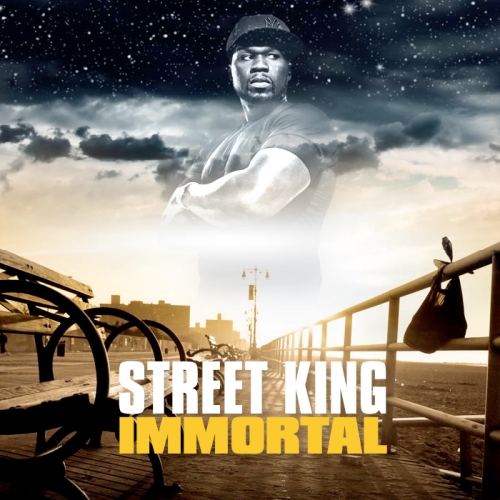 50 Cent had the perfect plan for his fifth solo LP, Street King Immortal. In the same month that he will be celebrating the 10-year anniversary of his atomic bomb of a debut Get Rich or Die Tryin’, Fif had aimed to also release his latest, but now the G-Unit head has to make a slight adjustment.

On Wednesday, the “I Get Money” MC revealed to MTV News thatStreet King won’t be out on February 26 and is now slated for a spring release, citing internal changes at Interscope Records as the reason. “Actually it’s the system,” he said. “It’s a lot of adjustments being made there, obviously Christmas I think 35 people got let go.”

In the past, Fif has really taken Interscope to task when it came to delays and leakage of his music. This time, however, he seems to be understanding of the situation and exercising a great deal of patience. “It’s a shift in who’s responsibilities are what, so as fast as they get it together,” he said. “I’m confident they’ll put it together though, so it’ll be out.”

Though 50 wasn’t able to give us an exact date for the album release, he is certainly moving ahead with his roll out. Fif promised to drop the video for his new single “Major Distribution” with Snoop Dogg and Young Jeezy on Friday (January 18). He originally dropped a trailer clip back in December. “It’s exciting. It’s good. You get a chance to see us really work together, with me, Snoop and Jeezy, finally,” he said.

Fif and Snoop first hooked up 10 years ago on the remix to his “P.I.M.P.” and while he is excited to reunite on the record with his old friend, 50 lit up when talking about working with the Snowman for the very first time. “Jeezy that was overdue, me and Snoop had a relationship since ’03,” he said. “Having him work on this project it just fit, perfect timing.”