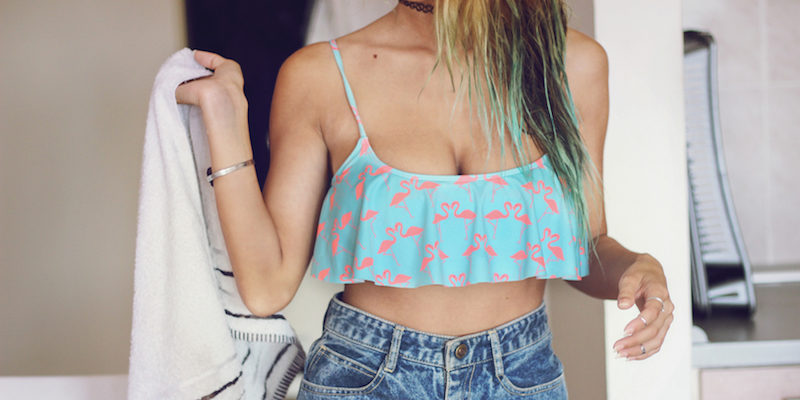 If you’re going to have a one-night stand and want to make it a pleasant experience, you need to follow these three simple rules.

1. This is obvious: CLEAN YOUR APARTMENT.
There is nothing worse than going home with a person (guy, girl, whatever!) and waking up in TRASH. You’re already going to feel vulnerable after a one-night stand. That’s not what you want me to say, but I refuse to lie to you.

Sex is awesome. We love sex, but sex is definitely vulnerable. Someone is inside of you. There is nothing more intimate than that.

You will feel twice as vulnerable the next morning when you wake up in a room that smells like socks and BO. You can’t help but feel cheap when there are dirty dishes everywhere.

You want to know a secret? The whole reason my apartment is always looking so fierce and clean is because I want it to look good in case I meet a hot girl and decide to bring her home. I don’t want to bring someone home and have her wake up feeling horrible because she’s in a wildly disorganized mess. I have too much respect for women to do that.

When she wakes up from a one-night and opens her eyes to a beautiful apartment with fresh flowers that smells like Windex and incense, she’ll feel empowered. She’ll be like, “Yeah, I HAD A ONE-NIGHT STAND. GOOD FOR ME.”

You always want your one-night stand to leave your apartment feeling empowered.

2. You don’t have to have breakfast, but SHE/HE GETS TO STAY THE NIGHT.
“So, I f*cked this guy, and afterward, he was like ‘You should probably leave because we’re just f*cking,’” my friend Marissa* lamented during our mid-week wine/bitch session.

LOOK. Just because it’s “casual sex” doesn’t mean it isn’t still SEX. You just participated in a deeply intimate act with another human being. Fluids were exchanged. You can sleep next to each other for Christ’s sake.

There is no feeling more demeaning than having raw, naked sex and being told to exit the premises right afterward. Don’t have sex with a person if you can’t handle him or her spending the night.

If he or she wants to leave — that’s totally fine. But you don’t kick people out! It’s rude.

However, you’re not obligated to have breakfast together. Just lie if they suggest breakfast and you’re not feeling it. I fully endorse lying to protect the feelings of a fragile-hearted one-night stand.

Say you have a meeting, you’re having lunch with you’re oldest friend, you signed up for one of those ClassPass workout things and you’re running late, you’re on a deadline for one of the 1,500-word articles you pump out every day or you’re off to a funeral.

No one questions a funeral.

3. Make sure to use a condom. Please. A CONDOM.
I know I don’t have sex with boys, but if I have to purchase “Plan B” for my panicked straight girlfriends ONE MORE TIME, I’M GOING TO JUMP OUT THE WINDOW CLOAKED IN VINTAGE CHANEL AND SPLATTER ACROSS WEST 24Th STREET.

I get it. Condoms SUCK. But look, it’s a one-night stand! You don’t know this person. No matter how textbook “pretty” she is or how clean cut his dweeby sweater is — it doesn’t mean he or she isn’t riddled with a laundry list of STDS.

And there is no morning-after pill for an STD, babes.

Newer Post Why You Should Date A Girl That Drinks Vodka-Soda
Older PostSaturday at Cassino Jan 09, 2016