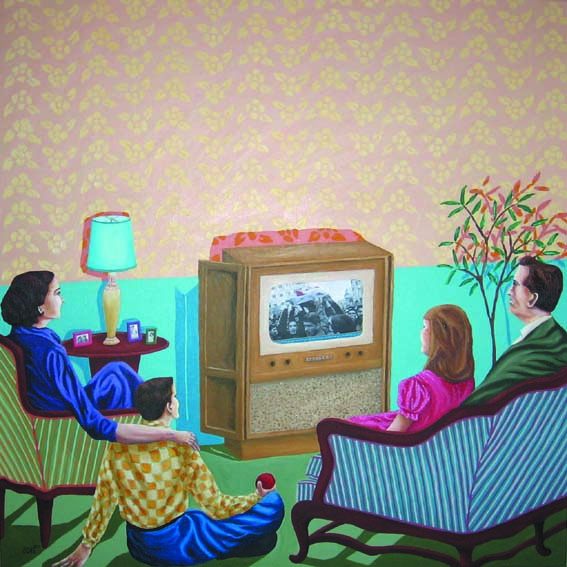 Art Dubai has today announced the six galleries selected to represent Lebanon at the region’s most high profile art fair. The Art Dubai 2013 line-up includes some of the most dynamic galleries from Lebanon, the Middle-East, Asia and Africa as well as international galleries from across Europe and America. Participants from 30 countries will be involved in what promises to be the most successful year in Art Dubai’s history.

Lebanon has one of the region’s most diverse and robust art scenes, and the selection of six galleries from Lebanon is testament to the strength and depth of its creative culture. The six selected galleries are: The Running Horse, Agial Art Gallery, Ayyam Gallery, Galerie Janine Rubeiz, Sfeir-Semler Gallery and Galerie Tanit.

“Being selected to be part of Art Dubai for the second year in a row establishes our position as a leading gallery not only in Lebanon but on a regional level as well. Having participated in Art Dubai last year, we understand the value and kudos that comes with participating in the region’s leading art fair, both in terms of connecting galleries and artists with buyers and collectors and the exposure we received from around the region and beyond. Our work was so popular that we sold out on the first day!” said Lea Sednaoui, from the Running Horse Contemporary Art Space

Art Dubai has grown from strength to strength over the course of the last seven years and now truly epitomises the globalised phenomenon that is today’s art world. “Few art fairs have grown as vigorously as Art Dubai has done. With its individual participants, galleries and internationally-acclaimed curators, it has quickly established itself as a leading art exhibition on the global arena. It is for this reason that the selection to participate in the 2013 edition of the fair is such an important one for us,” added Sednaoui.

“Lebanon, is the historic crossing between the East and the West, has always been a destination for international culture lovers, artists and painters; this is strongly reflected in the Lebanese art scene, which is a mix of European and Arabic influenced art,” said Art Dubai Fair Director Antonia Carver.

”We are thrilled with the participating galleries who together will create the most diverse and unique fair yet. The strong Lebanese participation in Art Dubai is testament to dynamism of the Lebanese art scene, as well as the breadth and depth of the region’s art scene. With more than 76 galleries participating this year, Art Dubai is the preeminent showcase of artists and galleries from the region. It is set to provide an essential meeting point where artists, curators and creative practitioners of the world engage in cultural exchange,” added Carver.

As the leading international fair in the Middle East and South Asia, Art Dubai is committed to creating a platform whereby the world’s most influential galleries come together and engage with the booming regional art scene. Such has been its continued success, that Art Dubai is expecting in excess of 20,000 visitors to the fair in March 2013.