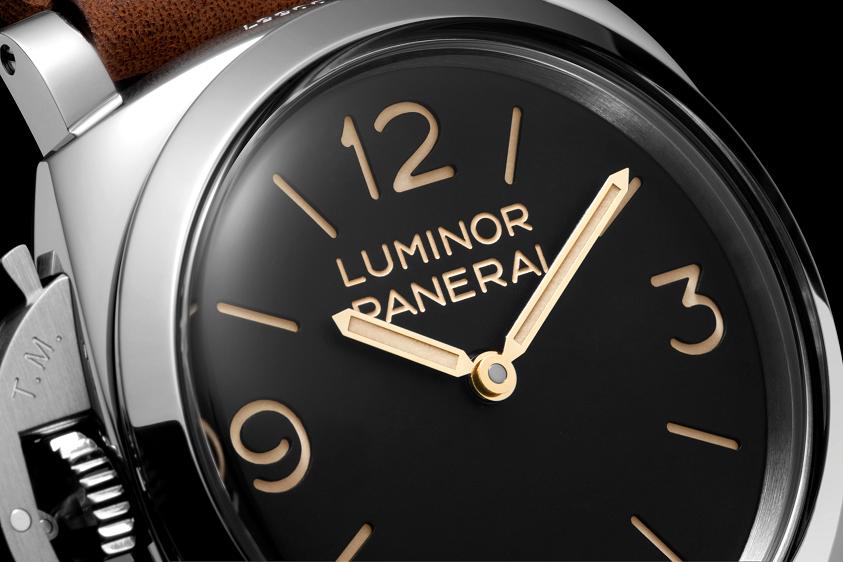 There are some watches which on their first appearance come across as true icons of a brand, from their ability to communicate their identity and history through their design. One of these is the Luminor 1950 3 Days – 47mm, the clean lines of which have an immediate appeal for enthusiasts looking for a model in the simplicity of which all the vintage fascination of Panerai watches can be found. The Luminor 1950 3 Days is now also available in a version enhanced by another historic detail: Officine Panerai presents the left-handed version, in which the winding crown and the crown-protecting device are at 9 o’clock, on the left side of the case.

Left-handed watches are very much part of the history of Panerai. The commandos of the Italian Navy had to wear several instruments on their wrists at once: not only the watch, indispensable for synchronising their attacks and for keeping track of the length of time spent in the depths of the sea, but also the compass and depth gauge. For convenience, some of them preferred to wear the watch on the right wrist, and for them Panerai created the watch with the winding crown on the left side, as can be seen in some rare contemporary examples which still survive today.

The steel case of the Luminor 1950 Left-Handed 3 Days has a unique detail which distinguishes it from the classic Luminor 1950 case: the caseband has a cusped shape, hinting at the form of a cushion case. This little detail, picked up directly from some examples of the period, tells the story which brought about the transformation from the Radiomir, created in 1936, with a classic cushion case, to the Luminor, more massive in its proportions and identified by the device protecting the winding crown. 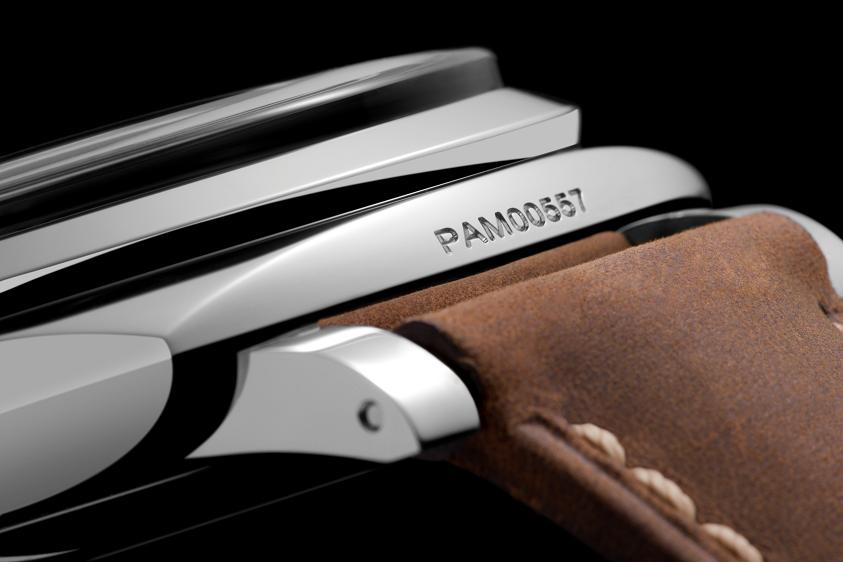 Another element of great interest is the absolute purity of the black dial, with the large numerals at the cardinal points, on which the words “Luminor Panerai” are engraved in the lettering of the time. The clarity and legibility of the dial are enhanced by its sandwich structure, being formed of two superimposed plates enclosing a layer of Super-LumiNova which guarantees a high degree of luminosity. The dial is protected not by a sapphire crystal but by a Plexiglas one, similar to the polymethyl methacrylate used in the historic models.

The movement of the Luminor 1950 Left-Handed 3 Days is the hand-wound P.3000 calibre with a power reserve of three days, completely developed and made in the Officine Panerai manufacture at Neuchâtel. With a diameter of 16½ lignes, the calibre has a distinctive structure with wide bridges, two spring barrels which provide the power reserve of three days and a balance wheel 13.2 mm in diameter. The P.3000 calibre also has the rapid time-changing device, by means of which the hour hand is moved in jumps of one hour at a time, without interfering with the minute hand or the running of the watch.

The Luminor 1950 Left-Handed 3 Days (PAM00557) is water-resistant to a depth of 100 metres (10 atmospheres). It is fitted with strap of natural, untreated leather, fastened by a brushed steel buckle inspired by that of the period model. It is supplied with a second strap made of rubber and a spare Plexiglas crystal.