ZegnArt: A Project by Ermenegildo Zegna 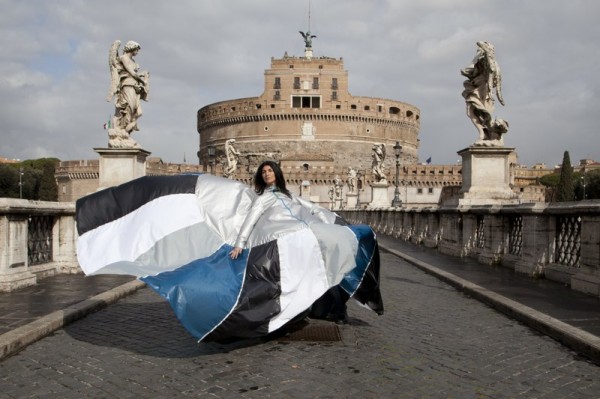 ZegnArt is a structured set of activities of the Ermenegildo Zegna Group in a contemporary context. Included under this common designation are all the various projects implemented by the company in Italy and abroad in the field of visual arts, in collaboration with artists, curators, institutions and cultural institutions.

ZegnArt is designed as an independent commitment that is both complementary and a continuation of the activities of Fondazione Zegna, and is aligned with a tradition of the family and the business that dates back to its founder Ermenegildo, ZegnArt is based on the principle of the company’s strong participation in every phase of the design and implementation of each individual initiative, with the aim of creating a virtuous circle able to forge a meeting point between two worlds – that of business and that of culture.

ZegnArt is structured in three main areas, each characterized by its own mission, by a precise area of ​​intervention and by a different curatorial system:

This triple structure makes it possible to identify the specific aspects of each section, providing greater comprehension on the part of the public, shedding light on the differences between the areas, and positioning the commitment of the Group within the visual arts as a complex whole that is created from different coordinated actions, expressions of a unique and consistent project design.

Public
Public is a long-term project that functions as an annual format of commissions and residencies based on the principle of ​​dialogue and mutual exchange with developing countries and their institutions. By way of an ideal combination that includes the commissioning of public artwork and a residential research grant program, Public aims to promote a new mode of exchange and cultural contamination through contemporary art. Starting from the identification of the countries with whom a partnership could be established, one per year, the project calls for the activation of a single program split two ways: the first part calls for the onsite construction of a work of public art commissioned from an artist in mid-career from within the host country and created in collaboration with a local institution of international profile; the second part is the financing of a residency offered to a young artist from the host country who is invited to spend a research period in Italy.

ZegnArt Public looks at contemporary art as an experience capable of stimulating the comparison between cultures, fostering the exchange of knowledge and resources and, as a model of education, supporting the growth of ethical and civic values. The public space can be experienced in different ways: it is a place of negotiation and exchange, a space of resistance and debate. The mission of ZegnArt Public is to explore this range of possibilities in social and cultural contexts that are very different from one another.
The entire project is curated by Cecilia Canziani and Simon Menegoi, who in turn work directly with the curator of the cultural institution in the selected location.
Public has been launched with a three-year operational calendar, in which India is the protagonist of the first episode (2012) and then Turkey (2013) and Brazil (2014).

India is therefore the first country in which Public will intervene, and the selected city is Mumbai. This context could not be more meaningful, complex, difficult and stimulating. The first task of ZegnArt Public will be to test the concept of public space in comparison with the urban fabric of India’s most densely populated city.

The institutional partner of the project in Mumbai is the Dr Bhau Daji Lad Museum (www.bdlmuseum.org), the oldest museum in the city, whose collections document the applied arts and everyday life in Mumbai in the nineteenth century. Under the guidance of its director, Tasneem Mehta, the museum has opened its doors to contemporary art with an ambitious and far-sighted program that involves Indian artists. The choice of this institution was formed on the basis of a common vision of art as a factor for development and awareness-building of the entire community. Over the next few months, along with Tasneem Mehta, ZegnArt Public will explore and experience the Indian art scene and will present an offer for its first public commission. 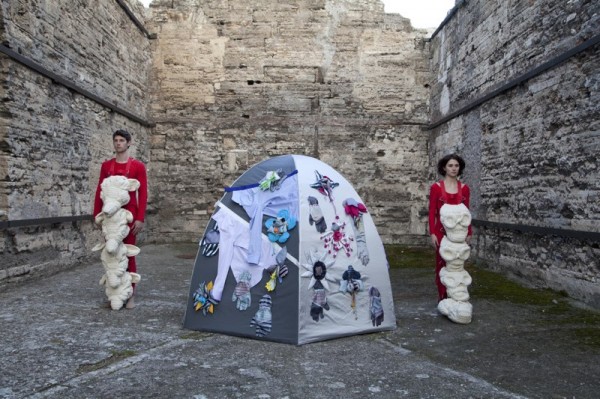 Special Projects is a container designed to collect projects of significant profile and commitment that are distinctive in respect to Public and Art in Global Stores in terms of their characteristics and methodologies. These projects are presented in collaboration with cultural institutes or originate from particular contexts.

The Special Projects do not have a single curatorial guidance, but are assigned from time to time to different curators based on the type of project and the artists involved, with the aim of giving a voice to protagonists of the contemporary art scene.

The first appointment for ZegnArt Special Projects will premiere in Rome on March 21, 2012. Realized in collaboration with MAXXI, National Museum of XXI Century Arts, with support from the Centre for Sustainable Fashion, London College of Fashion, “Fabulae Romanae” is a special commission by Ermenegildo Zegna to Lucy and Jorge Orta that is curated by Mary Luisa Frisa.

The installation was designed specifically for the site, will be exposed to the public from March 22 to September 23, 2012, and will be part of the new staging of the MAXXI Art Collection, “Tridimensionale.”

At the closure of the exhibition, one of the works of art within the complex installation will be donated by Ermenegildo Zegna to the MAXXI, where it will be included as part of the museum’s permanent collection.

Art in Global Stores is a special program that consists of the commissioning ad hoc artwork from internationally renowned artists with the scope of creating art that is inspired by the spirit and philosophy of the Zegna Group.

All works are designed to be hosted within the Ermenegildo Zegna Global Stores. The project attests to an essential part of the identity of the Group that sees art as a vital and indispensable tool for research and development, and seeks to bring together art and an international audience.
Gildo Zegna, CEO of the Ermenegildo Zegna Group has commented on the project: “ZegnArt gathers under one common project a series of activities that we, as a company, propose to create within the contemporary arts in Italy and abroad, and is the natural continuation of a commitment that the company and the family have always felt. In our view, ZegnArt is the premise for the creation of new a concept of new ties and opportunities for dialogue with different worlds and partners. The intangibility that characterizes the project combined with its consistent and long-term nature make ZegnArt a place where the vital forces of our time can come together, be put on display, become accessible to the public, perform an exchange and create value that reverberates within the community and the territory. The ambition is, in fact, to design a new way of intervention where the “reciprocity” of the encounter between different worlds is the cornerstone around which to build the future.”