Who’s a heffer? Kelly Brook poses in new underwear range looking nothing like a fat cow 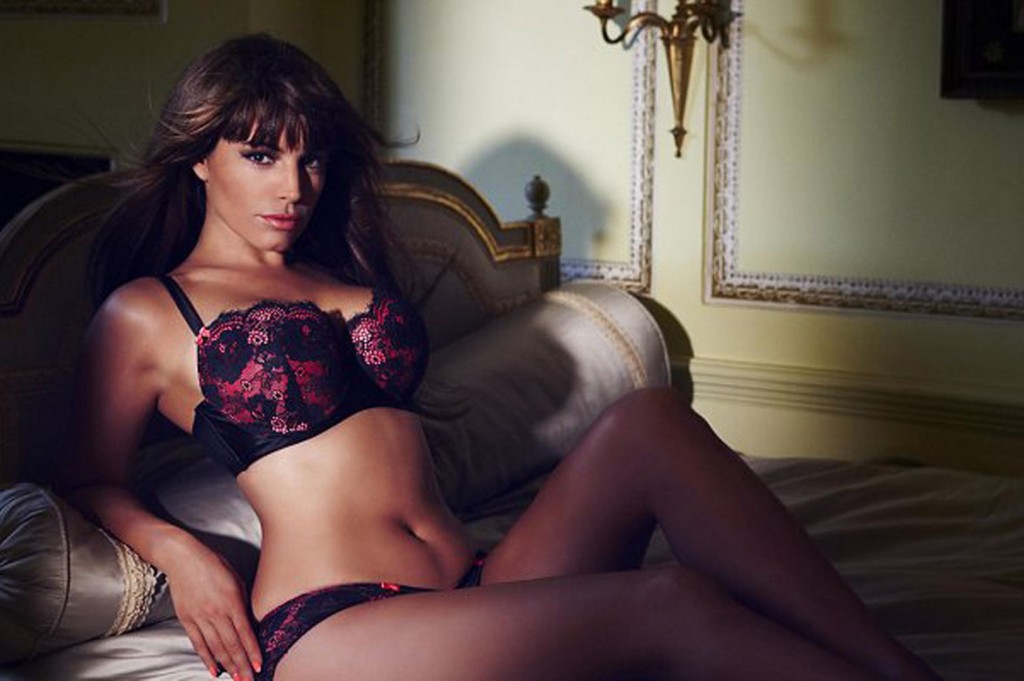 Well that’s one way to smugly get revenge on another jealous woman – show her exactly how wrong she is by taking the majority of your clothes off and making men the land over go boss eyed and start drooling.

Cue newly single ( but possibly back with Danny Cipriani ) Kelly’s new Valentine’s Day range of sexy bras and knickers for New Look (if you’re after some gifts for the heart shaped day, check out this lot).

Naturally there’s tons of lace, silk, and rather a lot of actual material too, because Kelly is very (naturally) blessed in the boob department and therefore needs a larger bra than most.

She doesn’t need a big knicker size though, because she is one of the few woman in the world who are packing it up top and not around the butt.

This is because she has an amazing figure, despite what a jealous Katie Price might think. In case you missed the surgically enhanced one’s disgusting rant, in which she jealously called Kelly “a heffer”.

Kelly responded with the class and dignity we’d expect though , merely stating she was “disappointed” and that it was “unladylike” of Katie to say that about another woman.

Oh and then with spot-on timing, her self-modelled lingerie range is launched.