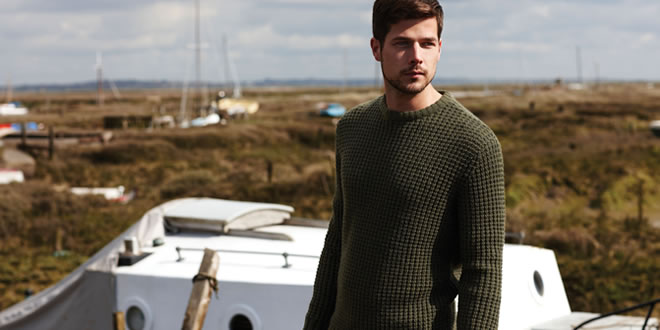 The urban jungle will no doubt involve die-hard camouflage this Fall/Winter season. Fashionbeans.com gives us an overview: It wouldn’t be too much of a stretch to say that the military has been the single biggest influence on fashionof (at least) the last 10 years.

On the menswear side of things, we’ve had recent trends involving field jackets, camouflage and military style boots while wardrobe staples and timeless classics like the peacoat, parka and trench coat are all born out of the military. Not to mention double-breasted, which is currently having a renaissance, has its roots firmly in naval history.

This season military is as big as ever, forming the backbone of some of the major trends that are set to enjoy their moment in the spotlight. One such trend is the use of olive as a key colour for this autumn/winter period.

Olive appears as a muddy shade of green but is actually a darker hue of yellow. Olive with a greener tone is referred to as olive drab and was the official colour of the US military uniform during World War Two. Olive drab is still used today in the US military, although more for accessories as it has been forgone on the uniform for the more practical camouflage.

These military connotations are no doubt a large reason why olive is currently trending in the fashion world for AW12. In fact, the vast majority of Kris Van Assche’s AW12 collection, ‘A Solider on My Own’, for Dior Homme (see below) featured this greener shade of olive as the standout colour: 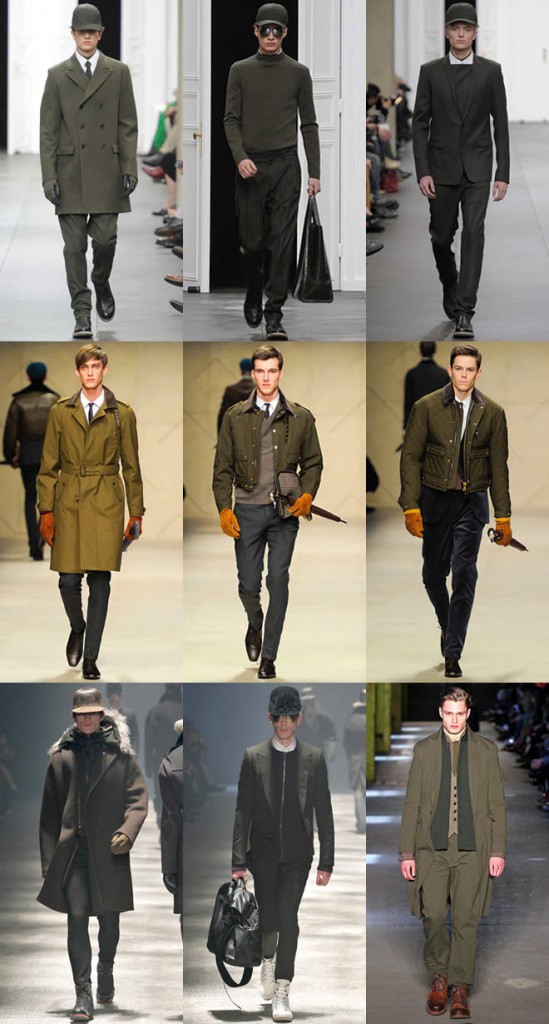 While colour and prints are most definitely on the rise, earthy, neutral tones form the foundation of our wardrobes – black, grey, navy and white being the particular favourites.

Olive is about as earthy and muted as colours come and serves as a great option when constructing a classic look. It sits excellently alongside the aforementioned stable colours, often bringing some diversity to them with its greenish and yellow tones. Like the other neutrals that are revered so much, it is also able to anchor the splashes of colour that have proved so popular over recent years. I would recommend steering clear of brights however – keep the hues of colour you’re working with on a more natural palette rather than luminous. 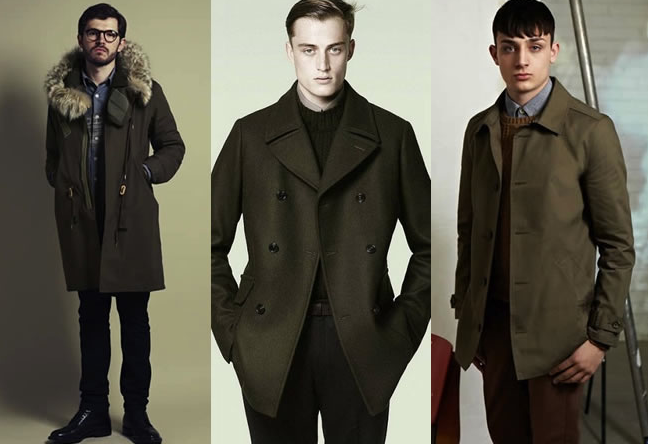 With their military derivations, olive is very often the colour of choice for the cold weather-conquering parka. An olive parka is simple, practical and stylish and will sit comfortably over any outfit. Sometimes keeping it simple and traditional is the best option.

Other outerwear styles in olive are also worth serious consideration. Those rakish double-breasted coats, which take an outfit from zero to hero, look especially commanding in olive green. The earthy colour subtly separates it from the traditional neutral tones, and a good olive coat has more of an air of authority about it than a drabber grey equivalent.

Along with military, texture and heritage are still very much at the forefront of menswear this season. Nothing says heritage more than a quilted or waxed jacket, and opting for an olive tone gives both styles an authenticity that is perfect when trying to bring a touch of the countryside into your contemporary urban looks.