Victoria’s Secret in Kate Upton U-turn after dropping her 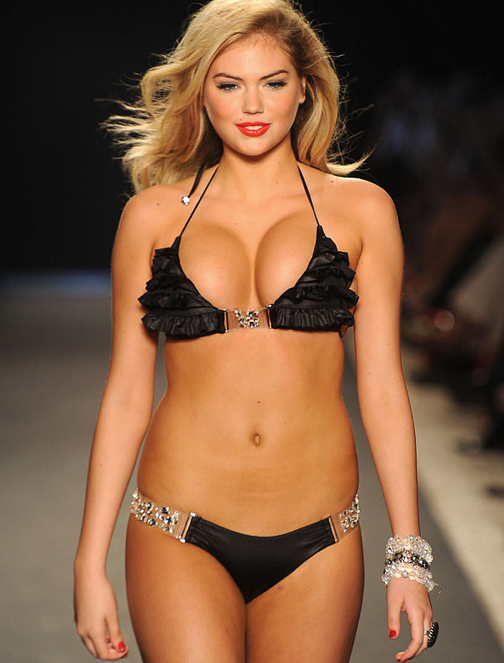 SUN Online favourite Kate Upton has made a surprise return to Victoria’s Secret.

The blonde beauty can be found modelling the lingerie giant’s black Body bra in their new catalogue, despite the company claiming they would never hire her because her sexy looks are too “obvious”.

Sophia Neophitou, a model booker for the brand, told the New York Times last year: “We would never use Kate.

“She’s like a footballer’s wife, with the too-blonde hair and that kind of face that anyone with enough money can go out and buy.”

However, it seems Victoria’s Secret – who are said to have first hired Kate to model pyjamas when she was 18 – have had to rethink their opinion on the model, after her popularity tripled over the last year.

Kate, 20, has become a poster girl for curvier women and has even been embraced by the high fashion set.

She has graced the cover of three Vogue editions, Sports Illustrated and Carine Roitfeld’s CR Fashion Book, as well as starring in numerous high-profile ad campaigns.

However, there are no signs the star will be replacing departing Angel Miranda Kerr or walking the catwalk for the underwear company’ annual show.

Victoria’s Secret’s Amy O’Dell said: “Casting for the catalogue and fashion show are seen as two very different things to the fashion community.

“There’s a lot of cross-over but it’s not a fully symbiotic relationship.”