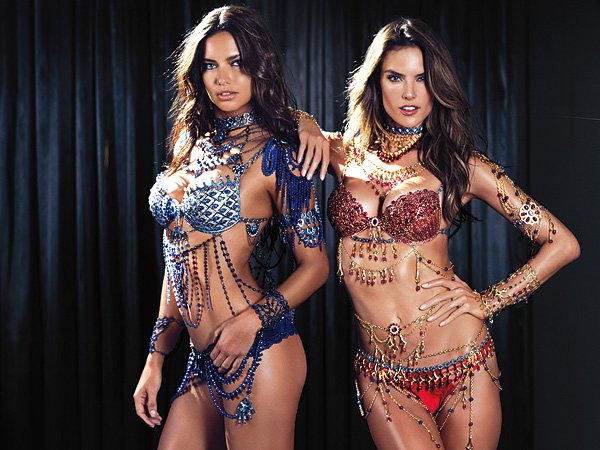 Great news for Victoria’s Secret fans. The 2014 Fantasy Bra has been revealed or should we say Fantasy Bras? For the first time ever, the lingerie retailer has tapped two models to wear the coveted Fantasy Bra. Both of the pieces are worth $2 million dollars and were created by Lebanese jewelers Pascal Mouawad. People got a first look at the models in the bras. Look out for the Angels on the runway in London, on December 9th, on CBS.