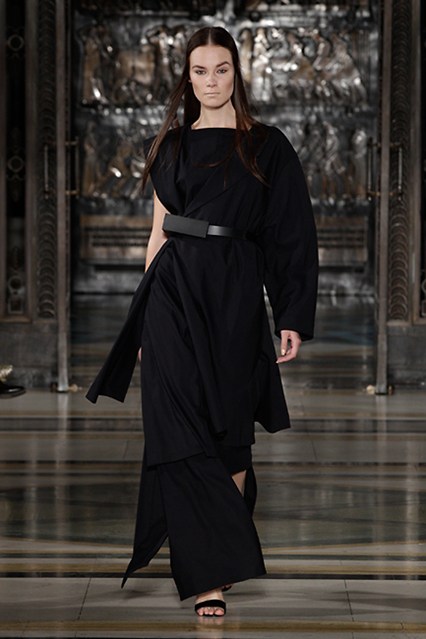 YIFANG WAN has been named as the recipient of Vauxhall Fashion Scout’s Merit Award for the autumn/winter 2013-14 season.

“Yifang Wan is set to join the ranks of leading fashion innovators in London,” explained Martyn Roberts, director of Vauxhall Fashion Scout. “Her square-cut shapes, coupled with quality fabrics, lend themselves to clever draping and sensational design. Her contemporary design aesthetic has been grabbing attention of leading buyers.”

The Merit Award is worth £25,000 over three seasons and provides the winner with a fully sponsored catwalk show and exhibition at Vauxhall Fashion Scout during London and Paris Fashion Week. Previous winners of the accolade include William Tempest, David Koma, Eudon Choi and Heohwan Simulation. Vauxhall Fashion Scout will take place at the Freemason’s Hall in London’s Covent Garden from February 15 to 19, 2013.