How do you count down the top 10 sexiest Sports Illustrated swimsuit models? Men will consider it as the most wonderful dilemma in the world. If you ask 10 guys to provide you a list, chances are you will come up with 10 very different rankings.

Still, let us try to put some rationale behind the ranking by focusing on the models who have made the cover and who have made the most impact in terms of sales and recall. Here is a list of the top 10 sexiest Sports Illustrated models ever.

Veronica Varekova is a Czech model who has graced the cover of the swimsuit edition twice. The first one was in 2004, followed by another appearance in 2006 alongside other multi-cover models like Elle Macpherson, Rebecca Rimijn, Rachel Hunter, Daniela Pestova, Elsa Benitez, Carolyn Murphy and Yamila Diaz. She has also appeared in campaigns for the likes of Gap, Guess, Patek Philippe, Hublot, Chopard, Pantene and Escada. Varekova was also a Victoria’s Secret model. 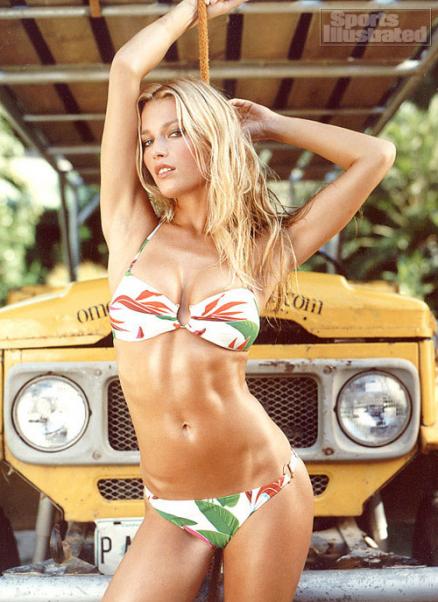 Marissa Miller was on the cover of the swimsuit edition in 2008. What sets her apart is that when her cover was launched online, the magazine’s website experienced unprecedented traffic and engagement levels in record numbers. She has been dubbed as the hottest woman in the world by Maxim and the sexiest woman by FHM. Men love her not only for her bikini body but also for her knowledge of bikes and football, having been the spokesperson of Harley Davidson and the National Football League. Miller was also one of the Victoria’s Secret Angel in 2007. 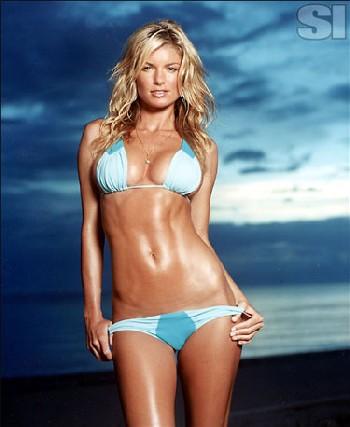 Daniela Pestova is a Czech national that has appeared on the cover of the swimsuit edition three times. She first appeared on it in 1995 before being chosen again for the magazine’s 2000 issue. In 2006, she was part of the huge group of former cover girls that the magazine honored with another cover in its all star edition. Pestova was also the subject of the first body painting works by Joanne Gair featured in the magazine. She has also modeled for L’Oreal and Victoria’s Secret. 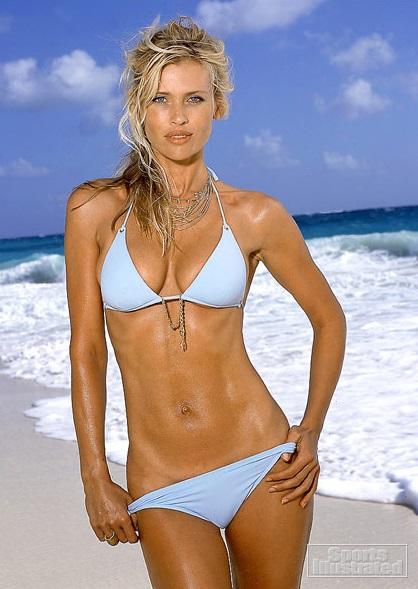 Tyra Banks was the first African American to grace the cover of the swimsuit edition in 1996, which she shared with Valeria Mazza. The following year, she became the first African American to be featured solo on the cover. She has branched out to television, having hosted her own talk show called “The Tyra Banks Shows,” and creating the reality competition shows entitled “America’s Next Top Model” and “True Beauty.” Banks was also one of the original Angels of Victoria’s Secret. 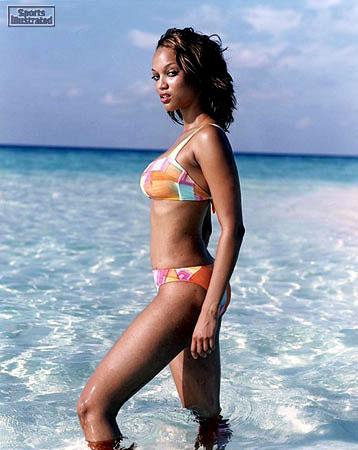 Paulina Porizkova is a Czech model who landed the cover of the magazine’s swimsuit issue in consecutive years in 1984 and 1985. She is the youngest ever model to grace the cover, having been only 18 years old the first time she garnered the honor. She was the face of Estee Lauder from 1988 to 1995 in what was then the highest modeling contract given. She was also called the Model of the 80s by American Photo and was called one of the most beautiful people in the world by People and Harper’s Bazaar magazines. 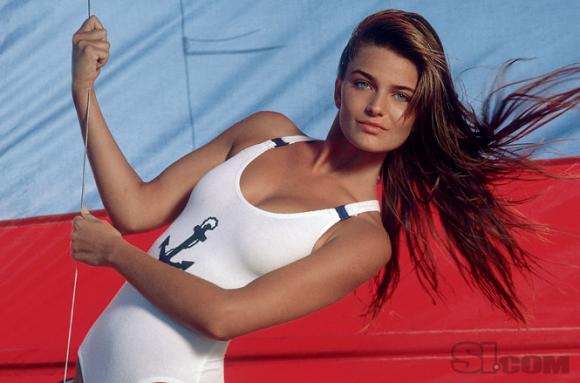 Cheryl Tiegs was the first model to land the cover of the magazine’s swimsuit edition two times. She was on the cover in both the 1970 and 1975 issues. She eventually got a third cover in 1983. She was named to the magazine’s Hall of Fame in 2004. Young men back in the 70s are familiar with Tiegs for her iconic poster in a pink bikini, which has since become one of the enduring pop culture images of that decade. She is also the first supermodel to enter the retail world with her own line of signature clothing and accessories distributed by Sears. 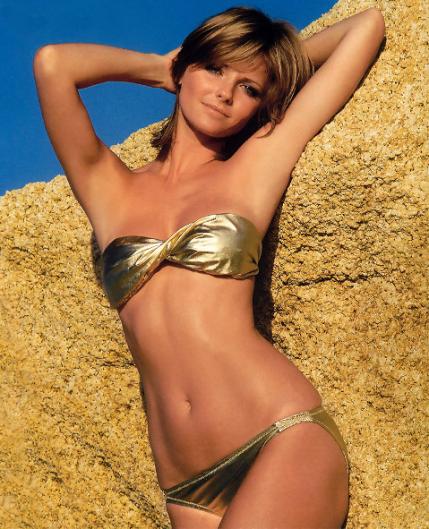 Christie Brinkley was the first model to land the coveted cover of the magazine’s swimsuit issue three times. She did it in three consecutive years from 1979 to 1981. She was also the face of CoverGirl for a record-setting 25 years, the longest running contract between a model and a cosmetics company in history. She has appeared in magazine covers more than 500 times already. Known back in the 80s as the uptown girl after appearing in the MTV of her ex-husband’s hit song of the same title, Brinkley has been consistently named as one of the most attractive women of all time by publications such as Playboy, Allure and Men’s Health. 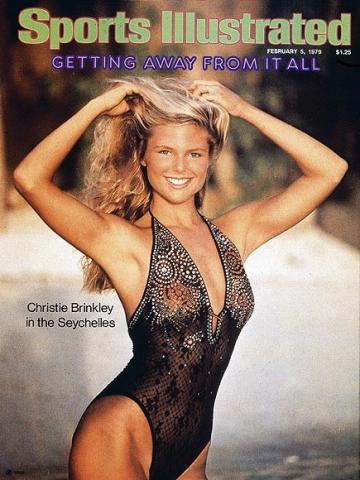 Kathy Ireland has appeared on the cover of the swimsuit issue three times. She was featured in both the 1989 and 1992 covers, before she graced it a third time in 1994 while pregnant. Her last cover also featured an equally pregnant Rachel Hunter, as well as Elle Macpherson. She is now the Chief Executive Officer and Chief Designer of kathy Ireland Worldwide, or kiWW, a company that specializes in brand product marketing. Forbes magazine has named her as the prototype for models who want to become entrepreneurs. Ireland’s 1989 cover on the swimsuit edition’s 25th anniversary is still the best selling issue of all time.

Elle Macpherson has been on the cover of the swimsuit issue the most number of times at five, though two of these were shared with other models. She was featured solo three straight years from 1986 to 1988, before sharing the cover with other models in 1994 and 2006. She is now the executive producer of “Fashion Star” and “Britain & Ireland’s Next Top Model.” 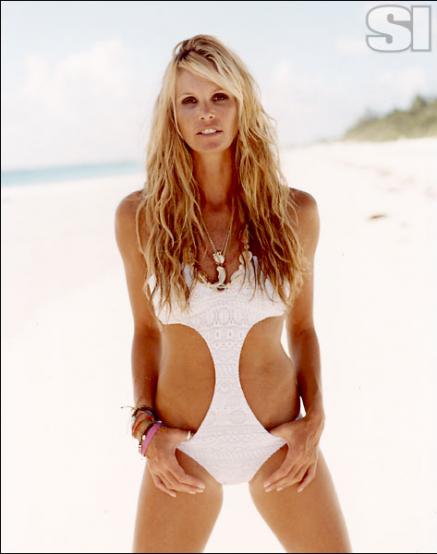 Kate Upton is Sports Illustrated magazine’s reigning queen, having appeared on the cover two straight years in 2012 and 2013. She first appeared for the swimsuit issue in 2011 when she was adjudged as the Rookie of the Year. She has appeared in films like “Tower Heist” and “The Three Stooges.” She was part of the first fashion shoot ever undertaken in Antarctica. 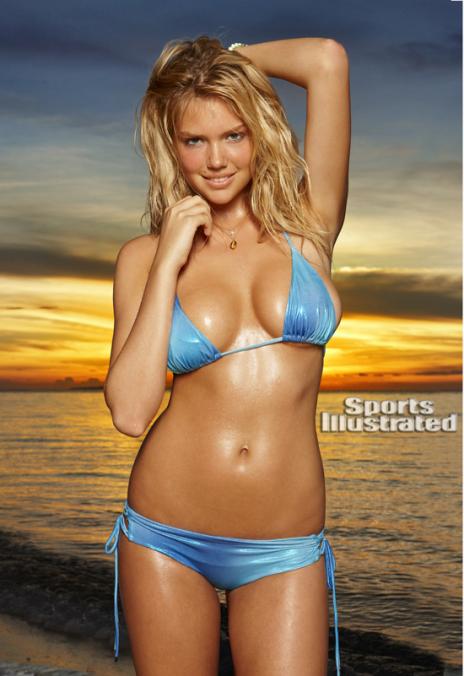