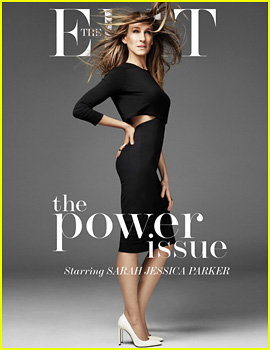 Here is what the 47-year-old actress had to share with the mag:

On Anna­Sophia Robb playing young Carrie in The Carrie Diaries: “I’m not sure… You know, I think it’s one of those tests of your generosity. She (Robb) is a lovely girl and I want her to feel good about it, but it’s… odd.”

On Sex and the City‘s influence: “I think it certainly encouraged women to share more candidly. I don’t know if it empowered women. I hesitate to say whether we were the pioneers or whether we gave voice to something that was there, but I recognize there was a connection.”

On being a producer: “Being responsible to and for other people gives me an enormous amount of pride. Taking care of people’s needs, understanding budgets and finance, being part of difficult conversations, mediating, promoting people from within and really establishing that idea and living up to it, I love it.”