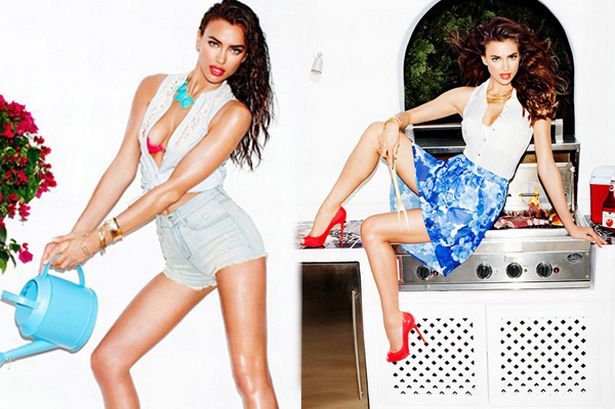 Cristiano Ronaldo is a very lucky man. His model girlfriend Irina Shayk has a body so perfect that if Hollywood ever decided to remake the hugely underrated 1985 movie Weird Science they would probably have no hesitation in giving her the role of the perfectly imagined woman.

If you’ve never heard of Weird Science you need to Google it. It’s an incredible piece of film making.

But until Hollywood comes calling, the 27-year-old Russian model is sticking to what she does best and making clothes look the best they’ll ever look. She’s done it before, and she’s nothing if not consistently hot.

Irina’s new ad campaign is for Canadian retail giant Dynamite – a chain of women’s clothing stores we’ve never heard of. But we’re quite interested in them now she’s made everything look so sexy.

Have a look at Irina doing her thing here. We’ve even written captions for you to explain each pose.

We don’t know who Irina’s male model colleague is, but it’s largely irrelevant as we think the narrative here is pretty clear:

If you find yourself with a Speedo-clad man with rubbish chat, simply find a length of hose, wrap it around his ankles and hang him up.

This will leave you free to hang out with a man sporting comical gold trunks instead. The end.

Irina has been dating Real Madrid football star Ronaldo (Ron to his friend? Or Ronnie? We don’t know) since 2010.

Want to see some more lovely females showing off their bodies?

The answer to that is always yes.

Don’t say we never give you anything. 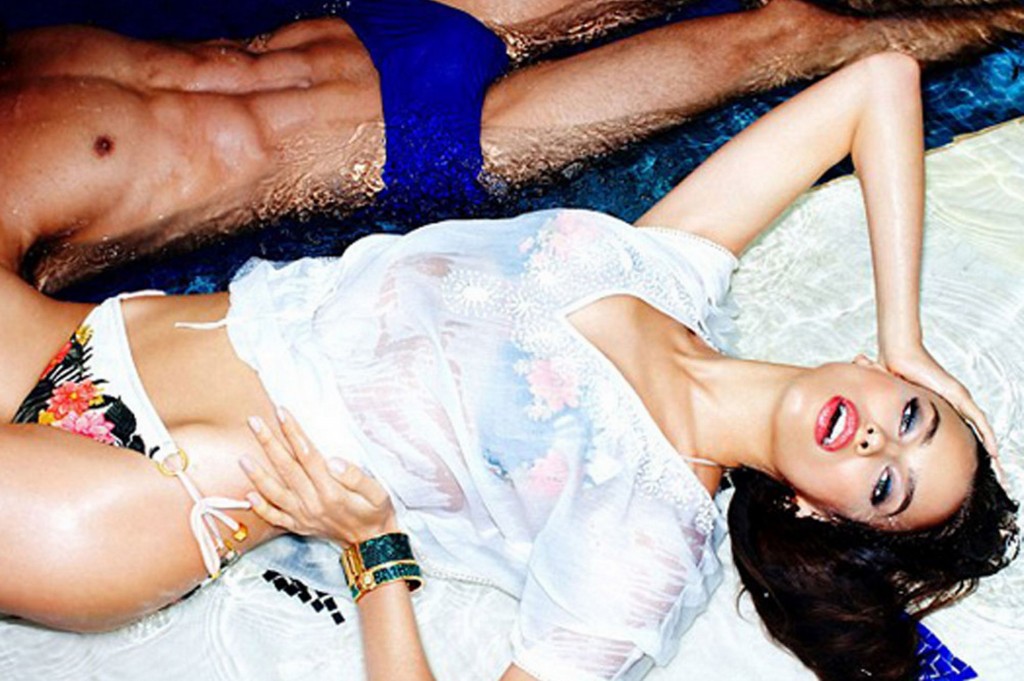 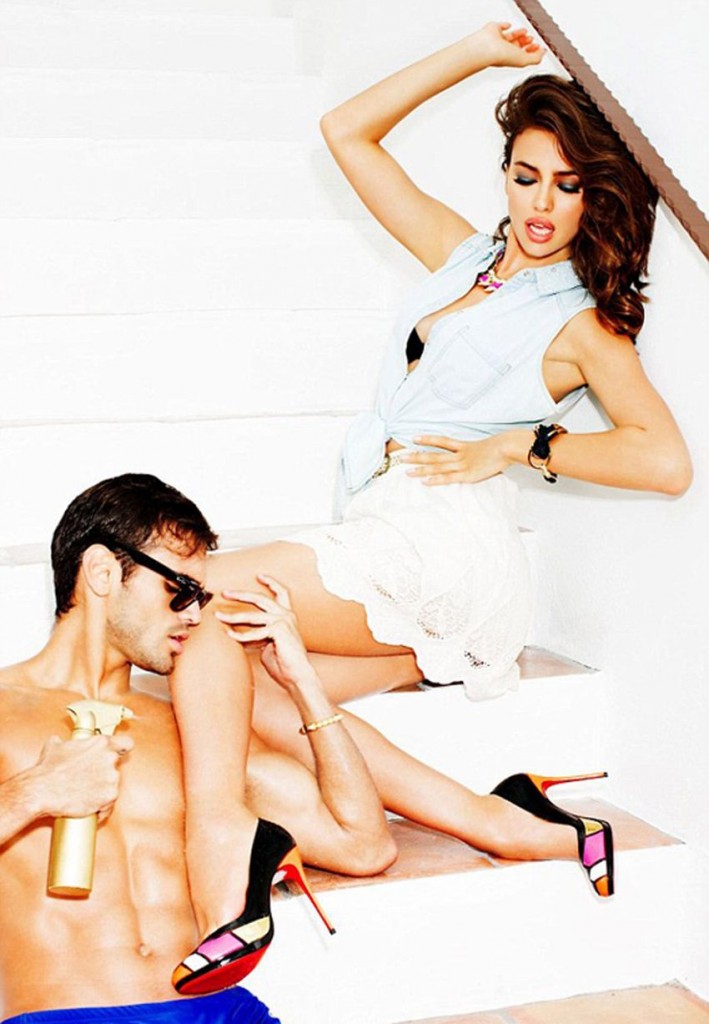 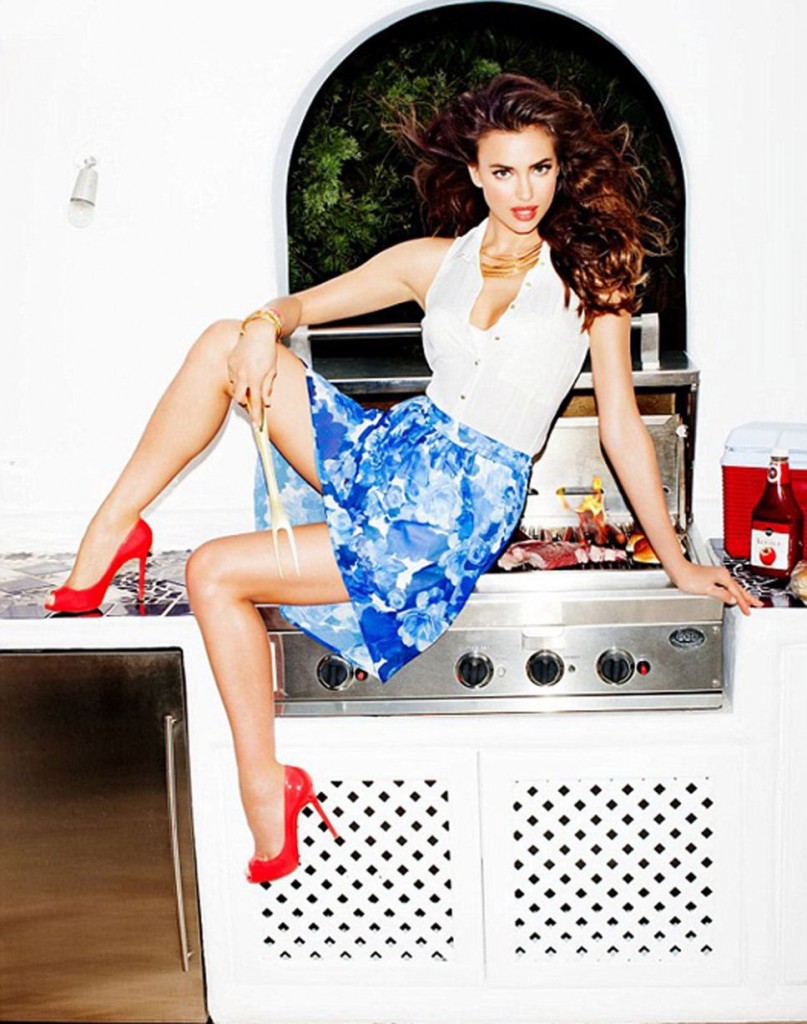 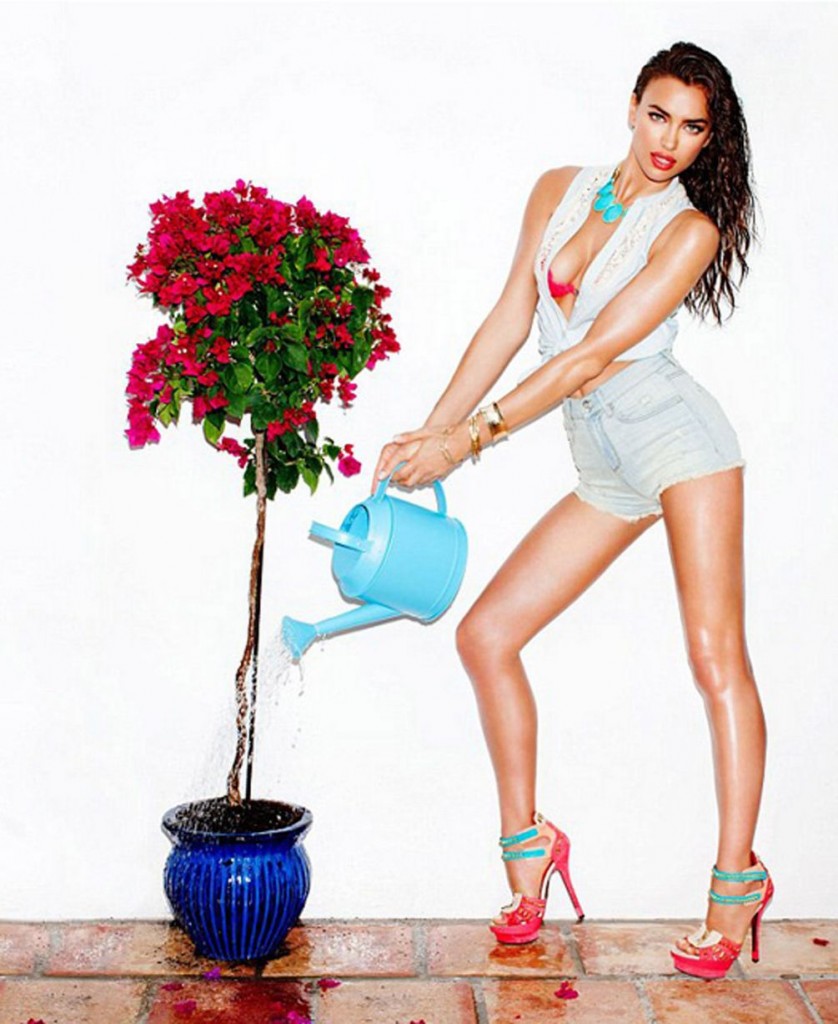