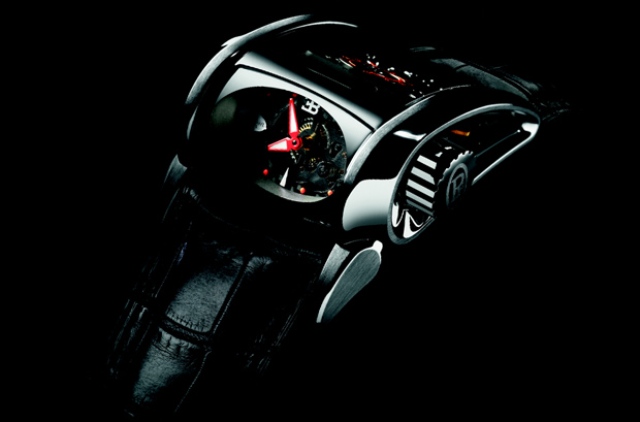 With echoes of the Bugatti Veyron 16.4’s sexy curves, the Parmigiani Bugatti Super Sport watch is the third high-performance collaboration from the opulent Swiss watchmaker and French sports car manufacturer. Working together since 2001, in 2004 the team produced the Bugatti Type 370—a revolutionary watch that rests on a diagonal axis so drivers can read the time without having to turn their wrist. 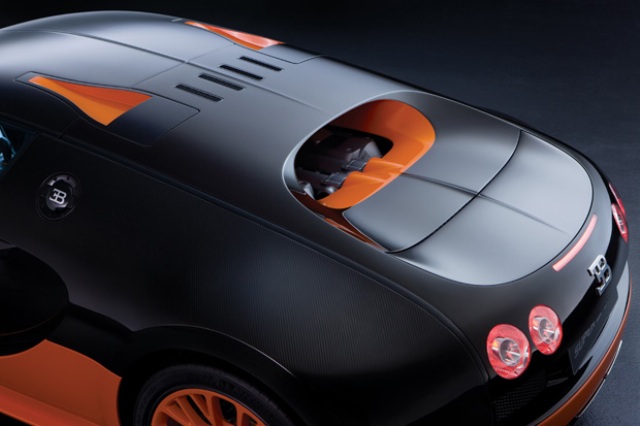 Designed for Bugatti’s 100-year anniversary, the sleek Super Sport borrows the 370’s well-fitted design while adding even greater aerodynamic styling by reflecting the Bugatti Veyron’s streamlined wing. Like all of their watches, the Super Sport draws on Fibonacci’s Golden Ratio, using the mathematical formula’s spiral lines to create a perfectly-proportioned watch.

Another design feat, flipping the mechanical components of the watch onto a vertical axis allows drivers to keep focus on the dial. Though the concept seems simple, the difficulty of configuring the dial’s direction against the watch’s movement makes it a triumph of engineering. By developing a 90-degree time setting system and integrating a system of double pinions with bevel gearing, Parmigiani again dramatically transformed the possibilities for watch design. 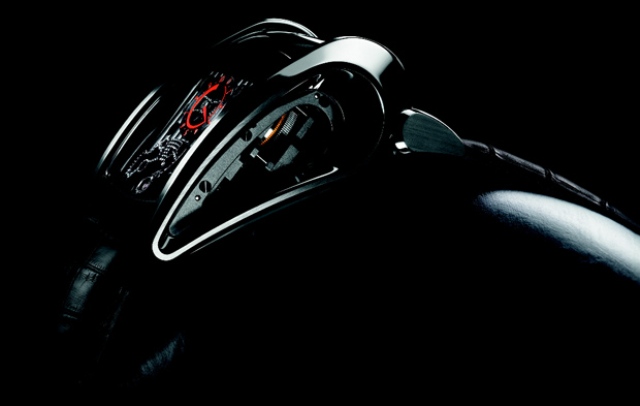 While the watch has subtle Bugatti branding, the details speak more to the renowned design of the company, beginning with the shade of orange used on the watch hands, indexes and power reserve. Other signals include train wheels cut to resemble car wheels—visible through the piece’s six sapphire crystals—as well as balance and escape wheel bridges formed to mirror the Bugatti oval.

All 337 individual parts of the watch are produced in-house at Parmigiani, with the exception of the Hermès strap. Produced in a limited edition of 30 pieces in 18kt white gold, the Parmigiani Bugatti Super Sport retails for $259,000 at selected authorized Parmigiani dealers around the world.