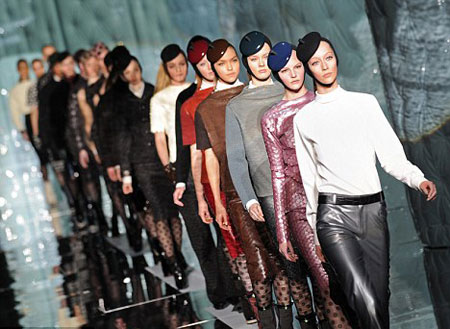 We all understand that fashion shows can’t be cheap, but paying over $1 million for ten minutes of the presentation seems too unreal. However, Marc Jacobs’ CEO, Robert Duffy, revealed that Marc Jacobs’ Fall/ Winter 2011/ 2012 show cost the fashion house at least a million dollars. It’s $1,750 per second!

The source commented: ‘It could be more, but it’s definitely at least $1m.”

The collection, that was inspired by ‘sex shops and insane asylums’, was showcased by 63 models who were styled by 35 make-up artists and dressed by 70 dressers.