Manifesto Tailor Made for Beirut 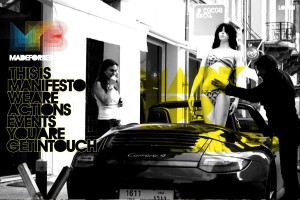 “We stitch vernacular with glam; we sew; we emphasize authenticity. We are in love with Beirut and together we will make it happen” says Ranya Tuainy.

When local and international artists come together, and creative juices are left to flow freely, what would you end up with? Luckily, a group of people decided to come together and explore this, under the umbrella of ‘Made for Beirut’. In simple terms, ‘Made for Beirut’ is a fashion movement aimed at repositioning the Lebanese capital as a sustainable and creative city, through collaboration amongst artists who share a profound love for the nation. ‘Made for Beirut’ will soon hit the market, to inject the world of fashion with a new (somewhat revolutionary) feel. To learn more about this manifesto, read below.

They are makers and agents and together they will make things happen. They are in love with Beirut and know fashion is the destination. Although they each have their reasons to be part of that mission, they are in it together for the same goal. They are creative, social, economic and cultural and use their skills and passion to invade Beirut and make MFB a trademark.
The team consists of 8 artists. Ranya Tuainy and Bruno Zalum are both graphic designers, Dima Boulad is the multimedia specialist, Marc Codsi who is the composer, Roula Samhoun, the architect, Lara Tueni Samaha the Fashion Marketing expert, and Osama Shamseddine the web developer. 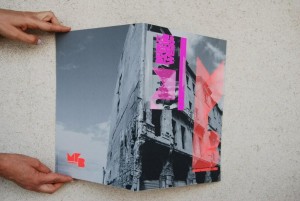 How were they Made?

Made for Beirut was born through Rania Tuainy’s MA final project, at the Central Saint
Martins Art School in London. For her final project, Rania wanted to see how she could reposition Beirut’s image, making it a city where creativity and sustainability become part of the city’s attributes.”I was a bit frustrated by the Beirut stereotypes, and I wanted to give Beirut the credit it should receive in terms of its potential creativity and innovation. My solution was to: Reposition Beirut as a fashion city.”

“Once a city is known as a “fashion city”, it’s a city where creativity is at stake, we expect crazy things from it, it’s a modern place, it’s trendy, it’s an urban spectacle  and it’s a city you can trust”.

How is it looking so far?

Since they have launched the website a month ago, they’ve had over 100 people signing up to be members, with more than 400 members on their Facebook group. On top of that, this project received the Distinctions for Central Saint Martins School, making it a splendid start for the team.

What’s next for them?

The first step of the movement is The Beirut Fashion Weekend scheduled on September 16-19 2010 (Fashion Daze) in old souks of Beirut .The idea is to invade and conquer Beirut with fashion. Local and international emerging fashion designers and photographers will merge their talents to re-interpret Beirut in a raw forsaken urban space that will be exclusively revealed for this particular weekend. Their work will be discovered through a series of mixed media installations unfolding into moments of Beirut.The weekend will consist of an exhibition, as well as a series of related activities (workshops, DJ, drinks, and performances) that will create a real Beirut Fashion/creative experience.

To summarize the journey of this group of individuals with a unified vision, perhaps these joint words may explicate:  “We are omnipresent: we act in Beirut, in the region, in the world and beyond, we are mighty powerful, so wherever you see it, beware of what part of Beirut you’re getting.”