There was something Lebanese about the 73rd Golden Globes on Sunday.

Hollywood starlets dazzled on the prestigious awards’ red carpet in beautifully-designed dresses, and we’re proud that some of Lebanon’s top international fashion designers had something to do with it.

A-List actresses showed off their best assets in Zuhair Murad, Reem Acra and Elie Saab creations that were to-die-for.

Check out our fave picks below:

#GoldenGlobes!!! Thank you ZUHAIR MURAD for this dreamy dress? 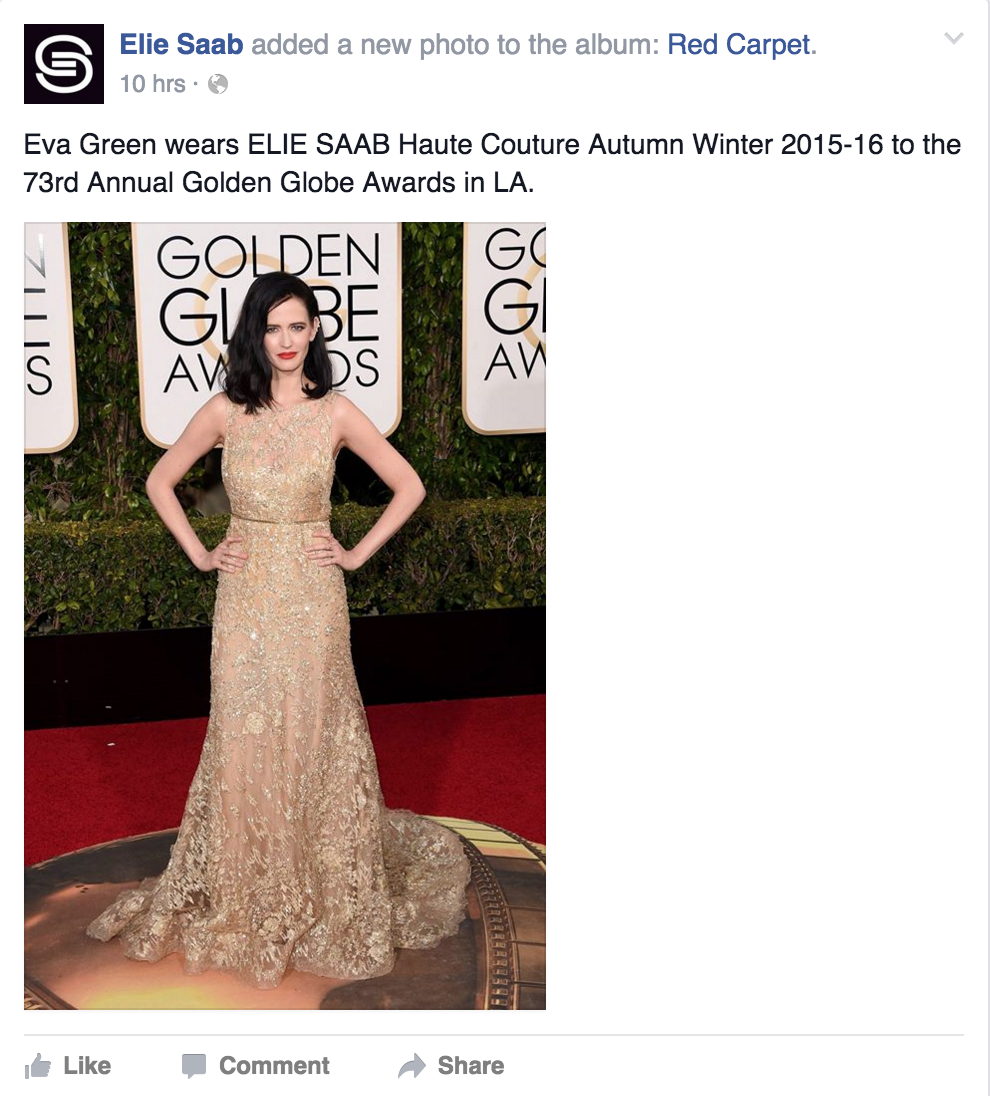