Lara Khoury Grows on You 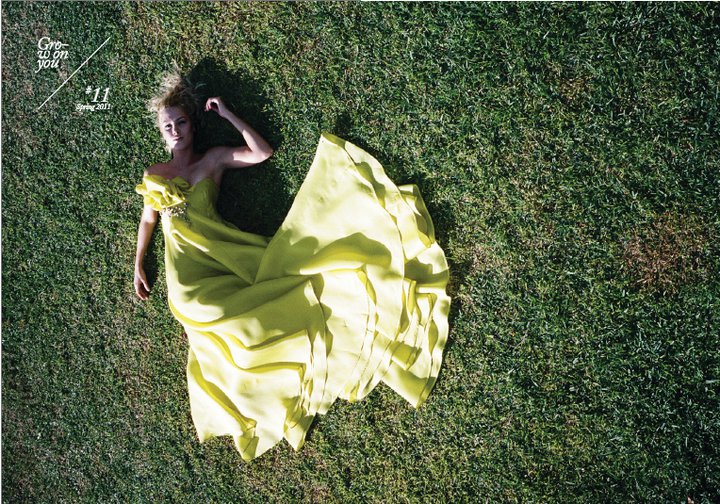 Lara Khoury opens her eyes to the world on a January night in 1985. Eighteen years later, she joins the Ecole Superieure de la Mode de Paris (ESMOD) with the sole intention of drawing the world and dressing its inhabitants, creating universes of textile. Her desire grew with every pull of a thread and needle, and was concretized in September 2006 when she joined Elie Saab in Beirut. Thrown into the world of Haute Couture, Pret a porter and Fashion, the dynamics of the industry unraveled before her eyes, and it was not long before her desire for fashion took a life of its own. Lara Khoury decides to start expressing her own creations, born as ideas still fragile and conceptual, always open, often unexplored. The designer’s sensitivity resonates and the brand ILK saw the light between 2008 and 2009. At the same time, her very first collections are put forth to the general public in Starch, Beirut, Rabih Kayrouz’s laboratory of new ideas, and showroom for contemporary young Lebanese designers. 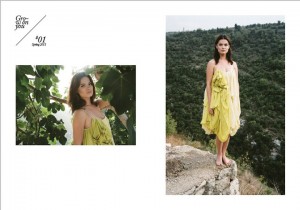 In 2010, the momentum increases, fueled by favorable press and an enthused audience, and Lara Khoury finds the assurance to launch her first eponymous collection; Lara Khoury became Lara Khoury and settles in the heart of Beirut, in a workshop on rue Gouraud.

Today, the fashion designer has found herself a space, intimate and personal, crucial and essential to the realization of a certain plenitude, an assumed creation, and a desire to transmit and share sensitivity and emotion.

Lara Khoury’s style is sincere, bold, moving and minimalist. It embodies a contemporary and experimental trend, continuously concerned with detail, passion for innovation and freedom.

Her Spring 2011 was recently launched among friends and esteemed guests.

Inspired by the works of French sculptor Arman, Lara Khoury questions again the inexorable consequences of our time: the global rise of water levels on Earth, the deformation and formations of new spaces. Just like Arman, the sculptural gesture of accumulation is at the centre of the collection; the materials develop to provide a continuous proliferation and variation of color and light.

The body immerses itself in exuberant substances exuding fresh colors, fragmented, soft as a summer’s day; while still consistent and hard as our future.

Varying from petrol blue to different shades of green, incorporating whites that tur 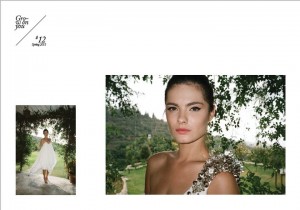 n to yellow, Lara Khoury demonstrates that sowing detail to the fabric enables her to create a conceptual space, conscious of dangers threatening our planet. Once again, issues are deconstructed to better rebuild experimental answers to global aesthetic issues.

Above illustration, Grow on you is an artistic wave towards new ways of questioning style and its components.

Jewelery, research, desire to define, a standalone identity, independent of standards; a harmony which harbors an explosion of inspiration as well as a well defined image of the world. For the Summer 2011 collection, Lara Khoury collaborates with Malaika Najem, a young designer who has had her fair share of recognition after successful exhibitions in Florence, Barcelona, Munich, Cobham, Rome, Leipzig, etc.

Born in Malaga, and after having completed her studies at the prestigious Alchimia school in Florence, Malaika Najem is today in a constant search for precious structures capable of absorbing light to better redirect it. Combined with Lara Khoury’s Summer collection, Najem’s creations complement and work perfectly well with the shapes and colors of Grow on You. Jewelery in itself is without doubt a mirror to our senses, Najem’s conceptions undeniably create a sixth…