IWC Schaffhausen Celebrates a Glittering Evening in Support of Filmmaking 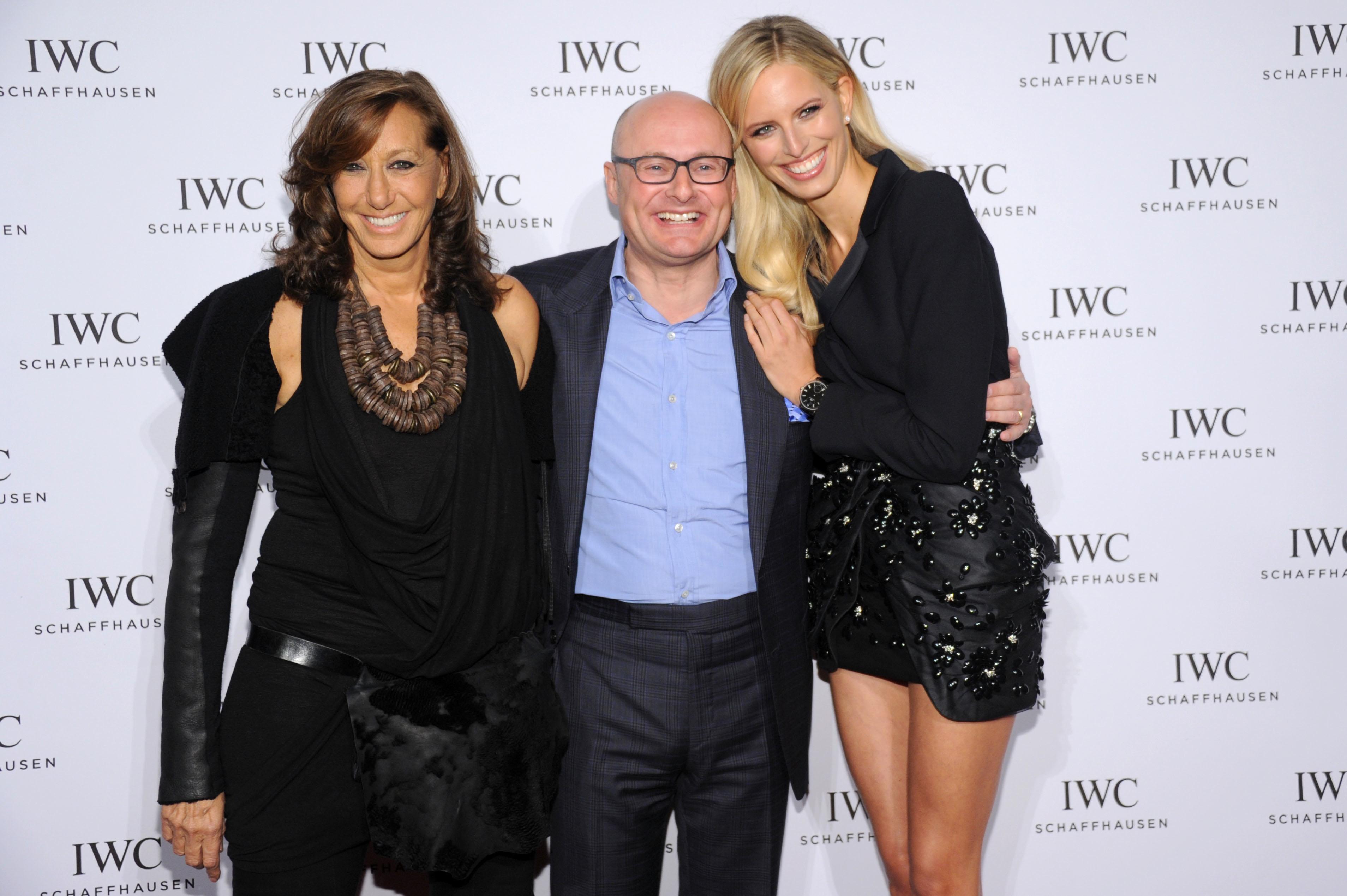 New York/Schaffhausen, April 22, 2013 – At an exclusive event attended by prominent guests including actors Robert De Niro, Eric Dane, and Jean Reno as well as model Karolina Kurkova, Swiss watch manufacturer IWC Schaffhausen celebrated its partnership with the Tribeca Film Festival®. The private dinner themed “For the Love of Cinema”, underscored IWC;s passion for filmmaking and its furtherance of the film projects. Apart from the presentation of the IWC Filmmaker Award, a private concert by Aloe Blacc was among the evening’s highlights.

“Support of filmmaking prjoects has a long tradition at IWC Schaffhausen,” said IWC CEO Georges Kern. “Apart from our activities at the film festivals held in Beijing, Cannes and Dubai, we have also cultivated long-term relationships with actors such as Kevin Spacey, Cate Blanchett, and Ewan McGregor, as well as director Marc Forster. As the Official “Festival-Time” Partner of the Tribecca Film Festival we are delighted to have an opportunity to demonstrate our passion for filmmaking here in New York. This commitment has a special meaning for us, because it also represents a return to our roots: Florentine Ariosto Jones, the legendary entrepreneur and founder of the International Watch Company in 1868, was an American engineer and watchmaker.”

A UNIQUE AMBIENCE FOR A UNIQUE FESTIVAL

The stylish ambience of the Urban Zen loft lent IWC’s evening a very personal note. The luxury watch manufacturer’s invitation was taken up by Robert De Niro, one of the co- founders of the Tribeca Film Festival, as well as IWC Friends of the Brand Eric Dane, Jean Reno, and Karolina Kurkova. “What Robert De Niro, Jane Rosenthal, and Craig Hatkoff have established here in Tribeca is unique. And we are proud to be part of it,” stressed Georges Kern. “As an innovative company fully committed to further development, we share the Festival’s central objectives and are delighted that our partnership will give us the opportunity to help foster the careers of exceptional filmmaking talents.

SUPPORT OF FILMMAKING IN THE REGION

The first highlight of the executive dinner was the presentation of the IWC Filmmaker Award, a prize also awarded by the Swiss watch manufacturer at the film festivals of Cannes, Beijing and Dubai. Jury members Georges Kern, CEO of IWC Schaffhausen, Beth Janson, Executive Director of the Tribeca Film Institute, and Paula Weinstein, Executive Vice President of the Tribeca Film Festival, selected the documentary director Jeff Malmberg (“Marwencol”). An alumnus of the Tribeca Film Institute, Jeff’s approach to his subject matters conveys a cinematic sensitivity that impressed the jury. Malmberg was the recipient of a USD 25,000 grant to further his work. Georges Kern presented Jeff Malmberg not only with the IWC Filmmaker Award but also with a Portuguese Automatic Edition “TRIBECA FILM FESTIVAL 2013”. The watch is one of 100 pieces which IWC Schaffhausen has produced to celebrate its partnership with the Tribeca Film Festival. In addition to the limited edition, the Swiss watch manufacturer partnered with the iconic auction house Antiquorum to sell a unique Portuguese Automatic Edition “TRIBECA FILM FESTIVAL 2013” in platinum. The watch was auctioned for an astounding USD 60,000. IWC Schaffhausen increased the proceeds raised to a total of USD 100,000, which IWC CEO Georges Kern handed over to Beth Janson, Executive Director of the Tribeca Film Institute. “On behalf of the filmmakers we support, I want to thank IWC for their generous contribution to our mission and outstanding creativity in the filmmaking field,” said Beth Janson.

Charismatic soul singer Aloe Blacc provided the evening’s musical highlight with a private concert in honor of the event. The soul musician, who became world-famous with his song “I Need a Dollar”, delivered a thrilling performance and demonstrated that he is not only an outstanding vocalist but also a talented entertainer.

With a clear focus on technology and development, the Swiss watch manufacturer IWC Schaffhausen has been producing timepieces of lasting value since 1868. The com- pany has gained an international reputation based on a passion for innovative solutions and technical ingenuity. One of the world’s leading brands in the luxury watch segment, IWC crafts masterpieces of haute horlogerie at their finest, combining supreme precision with exclusive design.

Newer Post A Cool Saturday Night at Bar National
Older PostMetallica’s Second Performance in The UAE: Never Out Of Date