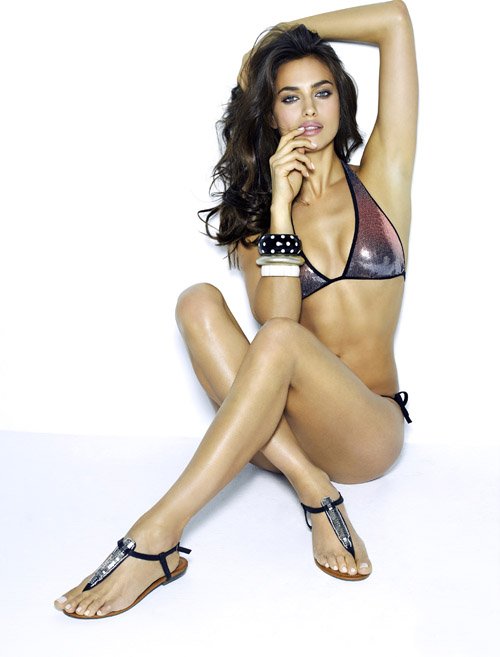 She’s known the world over for her amazing on-camera presence and flawless figure, and Irina Shayk plays to her strengths in the new Spring/Summer 2013 campaign for XTI Bikini.

The beautiful brunette exudes confidence and charisma in the variety of newly-released shots featuring a plethora of different swimsuits.

And as usual, Irina was the center of attention last night (February 24) as she arrived at the Vanity Fair Oscar Party at the Sunset Tower in West Hollywood.

Giving the fellas a peek at her cleavage, Ms. Shayk paraded around the star-studded event in a plunging champagne-colored long-sleeved gown.