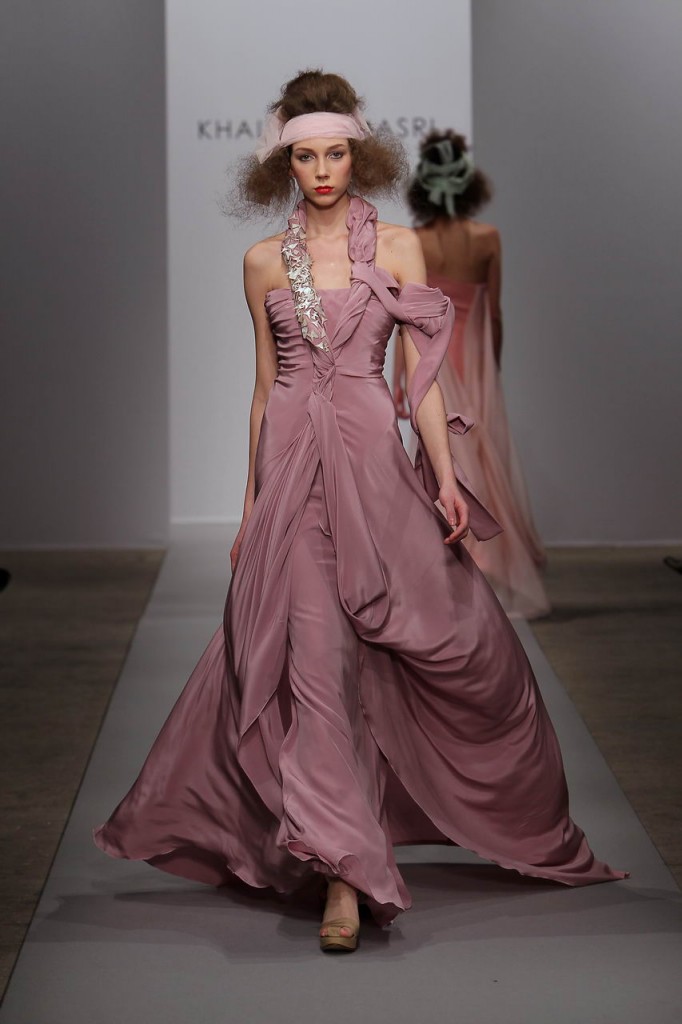 Lebanese Haute Couture fashion designer Khaled al-Masri, kicked off the SS 2011 Haute Couture Fashion Week in Paris at the Hall of Palais de Tokyo with his daring designs of non-homogeneous cuts and use of embroidery on a mélange of pastel colors including purple and sea blue.

Al Masri’s collection, Reflets Chatoyants, expresses the woman who comes out of the sea shining like seashells and covered with dew drops that glimmer like diamonds.

The designer grabbed the media attention with his beautiful wedding dress made of silk thread roses that stand out.

The show was also attended by international social lites, including Arab women of esteemed positions. 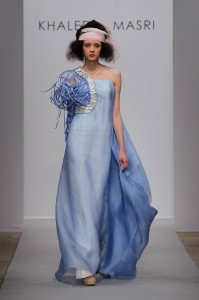 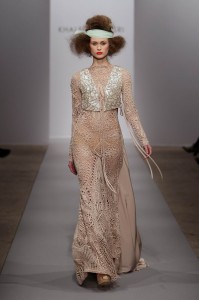 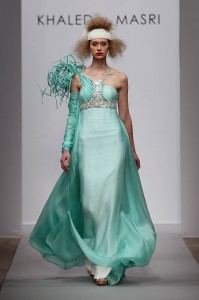 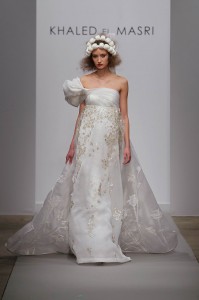