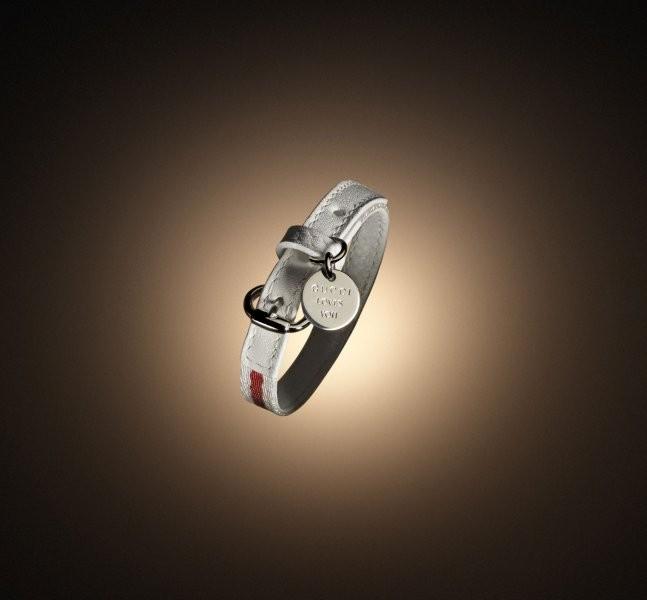 Gucci introduced a limited edition charity bracelet to support earthquake relief efforts in Japan.  All proceeds from sales of the bracelet will benefit the Japanese Red Cross Society to support victims of the devastating Higashi Nihon Dai-Shinsai earthquake and tsunami that struck Japan in March.

Featuring a white-red-white web that recalls the colors of the Japanese flag, the bracelet carries a medal with a message that reads, “Gucci loves you.”  Detailing includes non-allergenic white Calf leather on the lining and trim as well as a buckle in the shape of the House’s iconic horsebit.  The one-size bracelet offers three adjustable sizes.

The charity bracelet, which debuted at Gucci stores throughout Japan, was followed by worldwide distribution in Gucci flagship stores across the United States, Europe, and Asia.

The donation of all sales proceeds reinforces Gucci’s ongoing commitment to support recovery efforts in Japan.  Gucci has contributed – along with its fellow brands from the PPR Luxury Group – to the collective €2 million donation to the Red Cross raised by PPR.