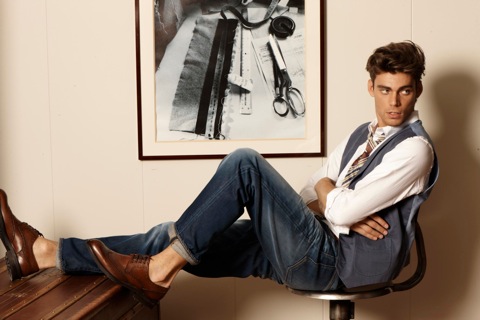 Façonnable announced the launch of its new jeans brand to the market “Façonnable Jeans” strengthening its presence in the fashion arena. An absolute novelty in the history of the French Company, Façonnable Jeans Collection has been initiated and led by Façonnable Vice President of Brand Management & Product Development, Maher Mikati.

“This innovation resulted in a newly created position heading the new sub-brand reporting directly to me. I’m happy to announce the nomination of Bruno Pfalzgraf as Managing Director of Façonnable Jeans.” said Lance Isham, Cha 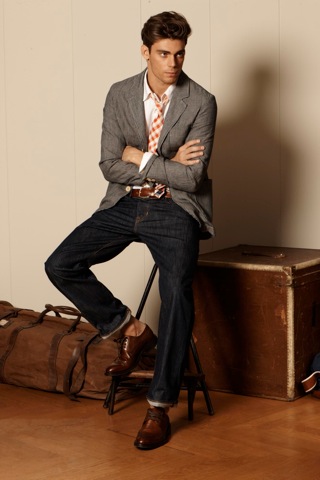 irman and CEO of Façonnable Group. “This appointment further underlines our commitment in strengthening the brand and assuring the best leadership and expansion for the future”, he added.

Maher Mikati, Vice President of Brand Management & Product Development Façonnable, said: «In order to target a younger and more forward conscious consumer, the new brand will penetrate new casual wear markets internationally and support the current re-launch of the Façonnable brand”. “This new brand will soon hold a significant role in our expansion plan as well as a contribution to rejuvenate the Façonnable brand altogether,” added Mikati

In fact, Façonnable Jeans Spring Summer 2011 line has received very favorable reviews from customers in Europe and US, thus exceeding the company’s initial commercial expectations. Façonnable has therefore decided to devote additional energy and support to the development of this brand, in order to soon maximize its potential in opening freestanding boutiques both in US and in Europe.

Bruno Pfalzgraf’s professional path in the fashion business started more than 20 years ago. After graduating from the Strasbourg Business School (EM), he started his career in Sales Management positions for K-Way, Rica Lewis and VF Corporation. In 1997 he was promoted Brand Director for Europe of VF Corporation, overlooking the jeans brands. He joined Levi Strauss in 2002 as Vice President of Levi Strauss Signature Europe and in 2004 he became Vice President of Dockers Europe. For the past 2 years Bruno has been operating as a management consultant for various fashion companies.

Newer Post Him vs. Her: Heavy Makeup
Older PostL’Atelier Nawbar: A Cut Above Jewelry