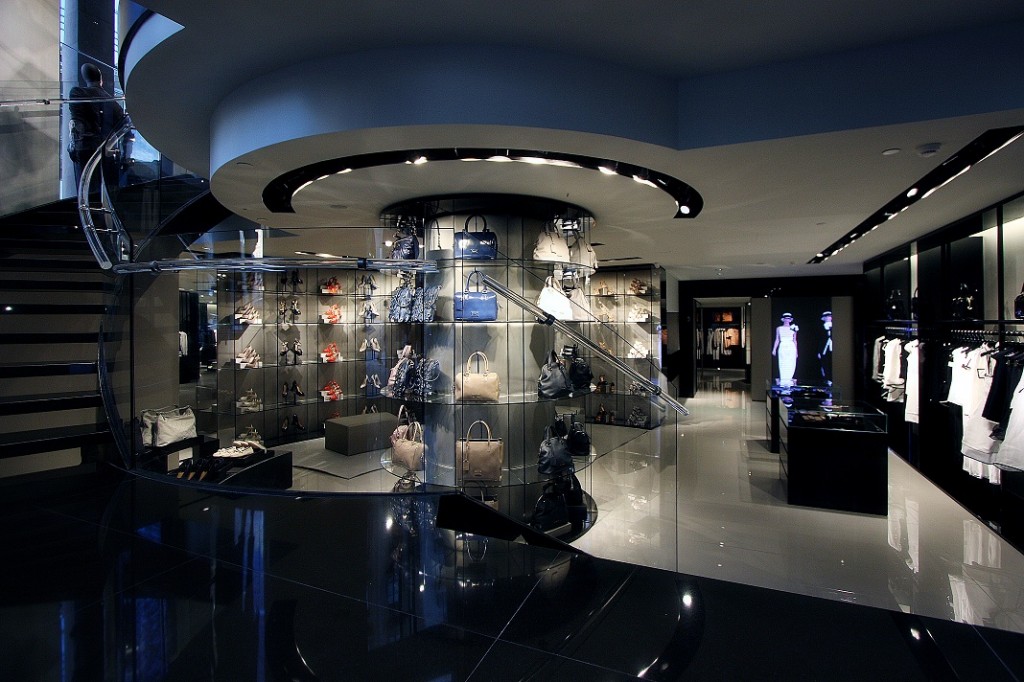 The Armani Group is pleased to unveil its new Emporio Armani store, in the heart of Beirut and one of the trendiest shopping areas of the city. The two-story boutique, located on Allenby Street, brings the style of Armani to the vibrant city of Beirut as it continues to blaze a trail as the fashion capital of the region.

Covering 486 square metres, the interior of the store has been carefully designed and conceived by Giorgio Armani and his team of architects in Milan to create a modern yet casual look. Chicly dressed in iconic, timeless black and white tones and featuring mirrored panels, in line with the spirit of the recently opened Emporio Armani store in Paris St Honore’, the look will be characterized by curved walls that optimize the space by generating a natural sense of movement, leading the customer right around the venue.

For Emporio Armani retail, particular attention is paid to the choice of materials. Light Marmorino plaster ceilings and grey Indian stone floors give the spaces a contemporary, relaxed look. The walls are covered with light shiny fabrics and black crystals. The accessories are displayed on backlit glass shelves that have a strong and harmonious visual impact. The atmosphere of these stores elevates the shopping experience to a new level of modern luxury.

Representing the modern casual lifestyle, the new boutique in Beirut offers the complete Emporio Armani collections for men and women. In addition, it also offers Emporio Armani Underwear, the AJ | Armani Jeans line and the EA7 sports collection, as well as an assorted range of accessories including Emporio Armani watches, glasses and jewellery.