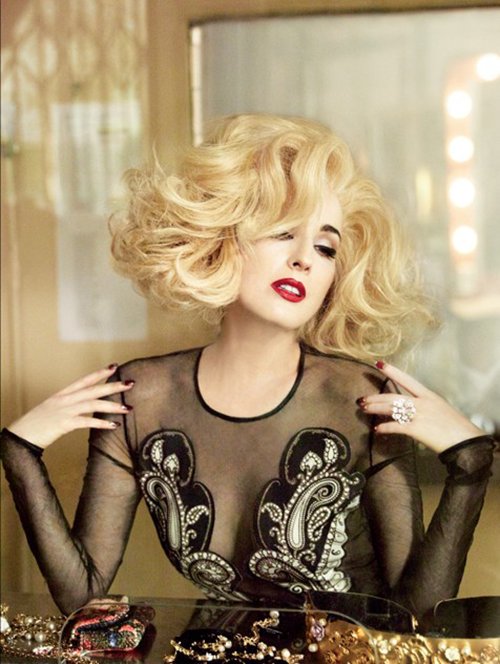 Never afraid to show off her curvacious figure, Dita Von Teese scored herself a feature in the December 2012 issue of C California magazine.

The 40-year-old Burlesque dancer adorned herself in designer dresses from the likes of Etro and Gucci for the hot Ruven Afanador shot spread while dishing about everything from her imperfections to her no-frills tendencies.

A few highlights from Miss Teese’s interview are as follows. For more, be sure to pay a visit to C California!

On embracing her imperfections:
“I’ve had to try harder at everything I’ve ever done in my whole life except for being me. I’m not the youngest. I’m not the best dancer. I’m not the tallest. There are a lot of things that I’m not, but [that’s why] I feel people want me to win. We like to watch people who are slightly flawed.”

On wearing sexy lingerie every day:
“That’s my gear. That’s what I’ve done since I was 16 and worked at a lingerie store. I just like it.”

On having a disciplined personality:
“I don’t have a glam squad. I don’t have a stylist. I don’t ask people to do things for me. The glitter on my bathtub [for the show]—I did that with my two hands. You know, I just like to do things myself because I feel like all those little things come across on stage.”