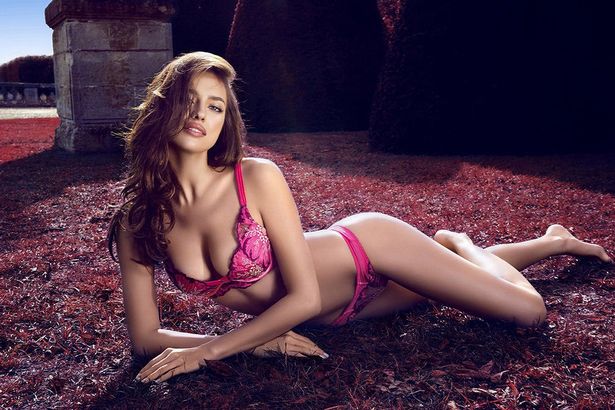 These sizzling snaps show the footballer’s girlfriend, Irina Shayk, stripped down to her smalls and showing off a body that the word ‘schamazing’ was surely invented for.

The stunning supermodel stars in Chinese lingerie label La Clover’s Valentine’s Day campaign, which will no doubt cause men everywhere to involuntary droll over themselves.

Snapped in a big, posh house (we hope they had the heating whacked up), the pictures show Irina posing in a variety of skimpy lingerie sets and generally looking incredible.

In one of them, Irina lies on a shaggy carpet of red grass with her hair tumbling over one eye. 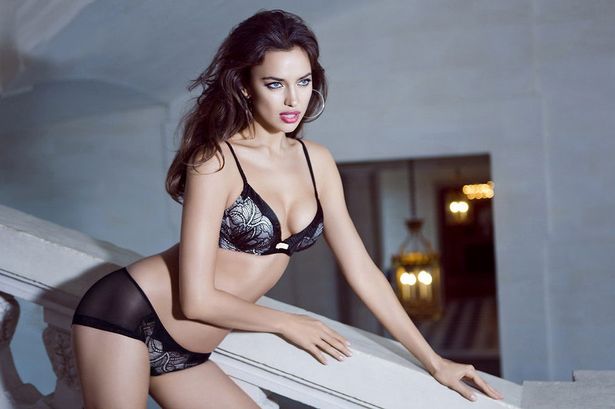 In other shots, she is seen casually hanging out on the stairs (we ALWAYS do that in our underwear), whilst in another she looks over her shoulder down at her perfectly pert bum.

Irina – who also models for Sports Illustrated (of course she does) – has been dating Real Madrid star Ronaldo since 2010, after they both posed in similar states of undress for Armani Exchange.

However, if you were hoping to one day see Irina go one step further by posing naked, keep wishing – it seems as though that privilege is reserved for Ronaldo’s eyes only.

She said: “I would never do Playboy. Yes, I am a lingerie model, but I have class. 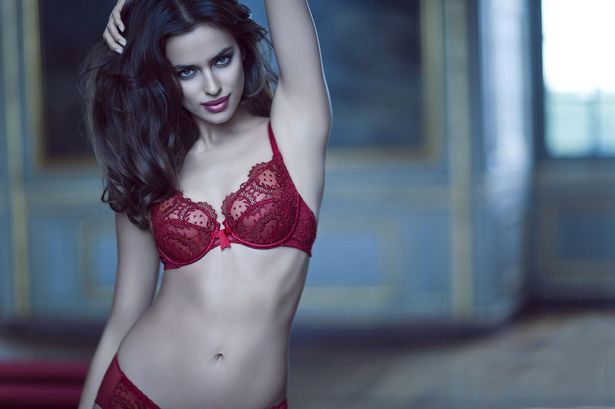 “Playboy offered me so much money last year. I was like, ‘No way!’

“All right, Naomi Campbell and Claudia Schiffer did it. But they did it at the end of their career and it was classy.

“I think of myself as a cover girl. But I would never do some kind of cheesy magazine.”

But don’t give up hope of seeing the Russian beauty the buff just yet! Perhaps if the price was right Irina might reconsider, as she added: “Russians love money, and we can never have enough. Even if you have a lot it’s not enough.”

Anyone got a spare million they’d like to donate? It would definitely be money well spent.