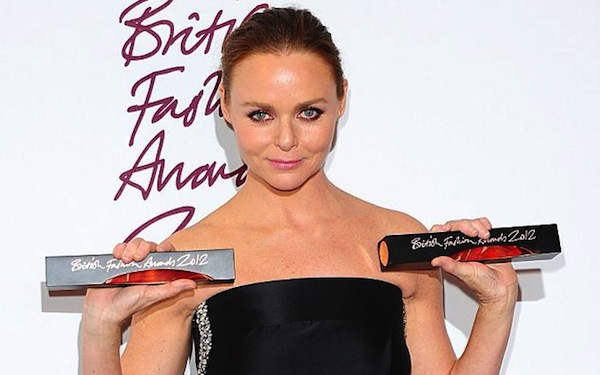 Stella McCartney wins a double whammy while the likes of Manolo Blahnik, Erdem and Jonathan Saunders are the toast of the town at the British Fashion Awards 2012. Here’s our handy guide to the gifted…

Don’t you know who I am? Surely you do – we’re starting with an easy one. McCartney, 41, won two awards last night on the strength of a 2012 so limelight-saturated it’s a wonder she’s not ending the year with skin damage. Two cracking Paris collections, a jazzy micro-show at London Fashion Week in spring, a new perfume named after her mother and, oh yes, a certain sporting event during the summer.
Fashion moment? At first, it was castigated for “not being red enough”. Then many assumed Team GB’s rancid opening ceremony attire was hers (it was by Next). But, by the time London 2012 was done, McCartney’s Adidas-collaboration team kit – it was quite nice, really – had given her a priceless megadose of international exposure.
Her style in a sentence Away from the Lycra, McCartney moves between extrovert evening wear and wearer-friendly, impeccably constructed daywear.
Groupie factor Kate Hudson, Nicole Kidman, Kate Moss, Gwyneth Paltrow, Katherine Jenkins and almost every (female) Team GB Olympian.
USP No leather, no tortoiseshell – and certainly no fur: McCartney’s brook-no-argument stance on producing flesh-free fashion is perhaps her most impressive achievement of all.