Beyonce Vogue Cover Coming In March 2013, Rumor Has It 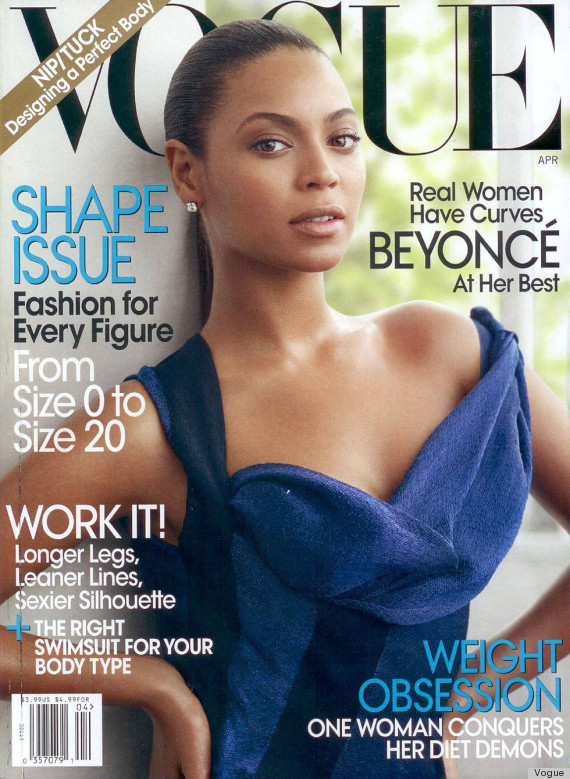 In what has become a time-honored tradition, news rumors concerning who will cover the next coveted issue of Vogue have arrived.

The New York Daily News “has learned” that Beyonce will be covering Vogue’s March issue, citing “sources” who say that Annie Leibovitz just wrapped up the cover shoot last week.

As the Daily News notes, the timing would be just right: Beyonce is set to perform at the Super Bowl halftime show on Feb. 3, 2013, right before the March fashion mags debut. She also is directing a documentary about — who else? — herself that debuts on HBO on Feb. 16, 2013. On top of that, Bey’s got an as-yet unnamed album dropping in 2013 (although probably not as early as February).

So a March cover makes perfect sense for Beyonce — and for Vogue. While it would only be Beyonce’s second time covering the glossy (and the first outing didn’t exactly go off without a hitch), Bey and Anna Wintour are clearly a good fit. We got used to seeing both on the campaign trail for President Obama this past year: each threw fundraisers in his honor; recorded videos of support; and worked together onWintour’s Runway To Win fashion collection, the proceeds from which went entirely to Obama’s reelection campaign.

Basically Beyonce and Anna Wintour are two peas in a very chic pod. But does that guarantee Bey the coveted March cover? We’ll have to wait and see.