Beirut is in the Eye of the Beholder: The Creative Space 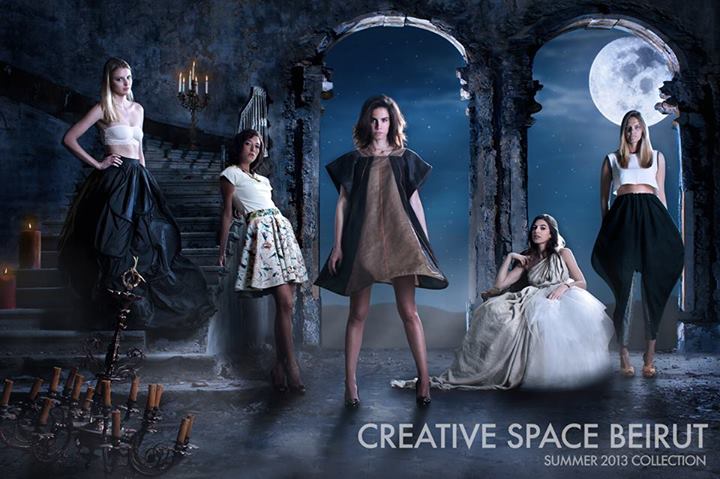 So many talented individuals are unable to pursue their dreams because of a lack of means, financial or circumstantial  This rings especially true in a lot of creative fields, such as fashion design, where attending a design program will probably set you back quite a bit financially and due to the limited number of schools here, may force you to move outside the country to attend a university with a good program.

Sarah Hermez graduated from such a prestigious program herself, and then decided to give back. She started The Creative Space to provide free education to those talented, passionate individuals who’s dream it is to be designers, but who don’t have the means to get there on their own. Sarah lived in New York, studying Fashion Design and Media and Culture at Parsons The New School for Design, and loved the city. “It’s beautiful and it’s driven but it’s all about ‘I’,” says the social entrepreneur. Remarking that it’s quite a selfish city, she decided to move to Beirut to merger her two passions: creative and humanitarian work. Encouraged by her professor at Parsons, Lebanese-American designer Caroline Shlala- Simonelli, Sarah started The Creative Space as sort of an educational experiment. 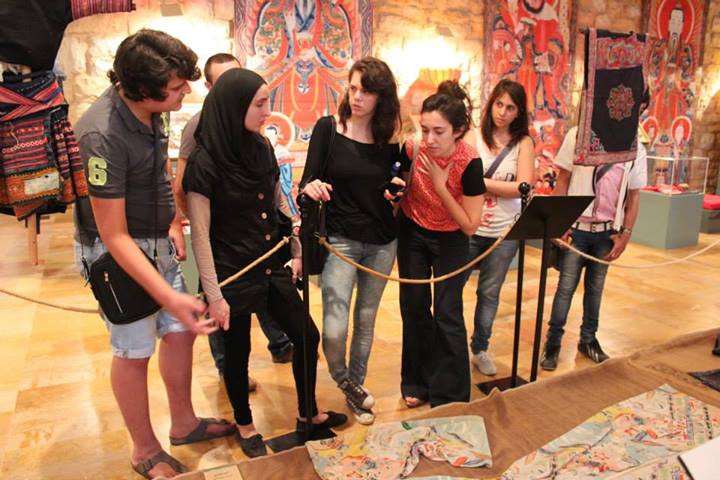 It officially began on June 1, 2011. Dedicated Sarah and her team, which includes co-director Rania Dalloul and Sarah Hunaidi, calls the program a mentorship, and she’s with the students every single day, 5 days a week, 7 hours a day. There are 12 students that have participated in the free program so far, and 8 currently enrolled. A few have left because they realized it’s not for them but Sarah sees this as something positive. “The ones who stay are the strongest designers,” she explains. Students are selected on the basis of seeing who’s got the most talent and energy, and it’s a very exclusive program because only 4 people are admitted each year. In the beginning Sarah literally knocked door to door looking for participants, searching in camps, women’s centers and with other NGOs. She says now it’s easier because they’ve had exposure and people actually come to them. 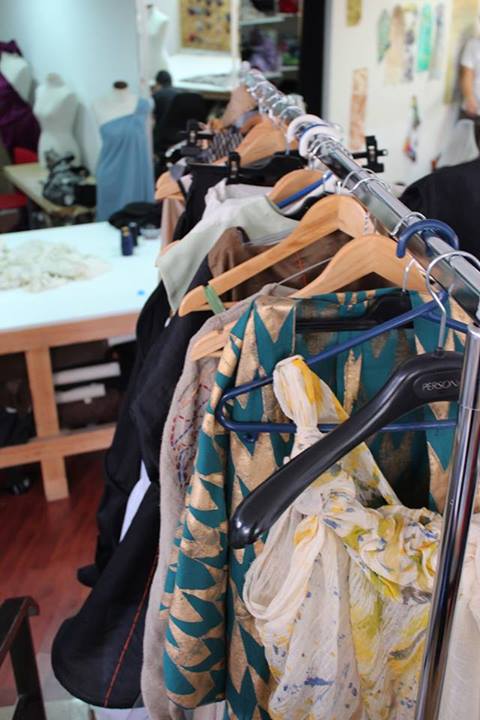 Internationally, she’s received academic support from her alma mater Parsons, as well as support from renowned designers Donna Karen, Derek Lam, Diane Von Furstenberg, among others, who have donated fabric and materials. Locally, talented Lebanese designers –many of them Starch alumni—have lent their expertise to the program, teaching various courses in history, drawing, concept, jewelry, marketing, and many  other subjects. 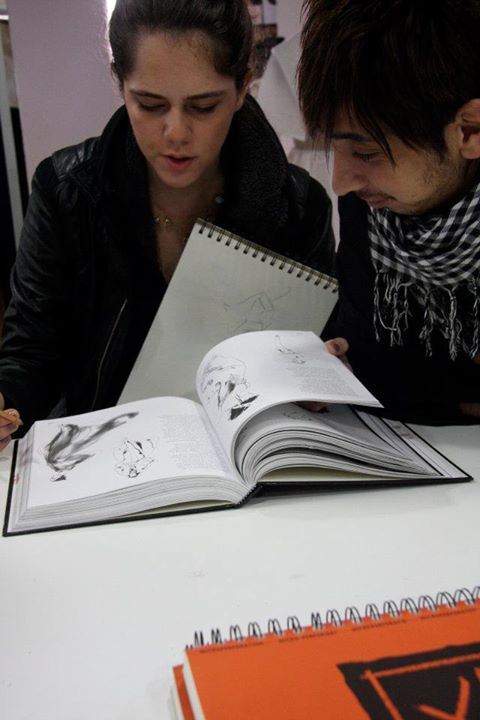 “We hope to affiliate ourselves with bigger institutions in the future”, says Sarah, mentioning they are currently in talks with Parsons and looking to become a certified program, which would give it more credibility. “Parsons is already sponsoring us by bringing Caroline here,” Sarah says. Fabric is the most expensive thing in the classes but it’s been the easiest to come by, which was nice to see she adds. Individual donors also sponsor the students, and all their costs are covered –even transportation. 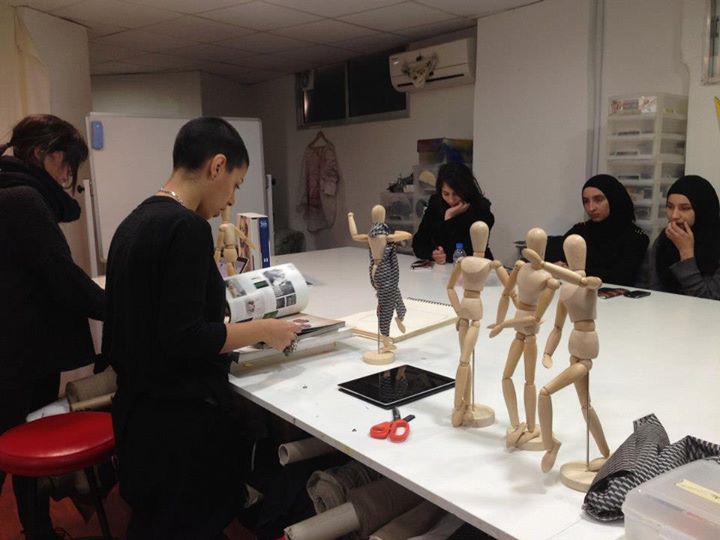 The program is very collaborative, with the students working together and exchanging ideas. Each term starts with an inspiration. This time it was the Lebanese mountain city of Sawfar. Students visited the town and created mood boards that were later used to create the pieces. 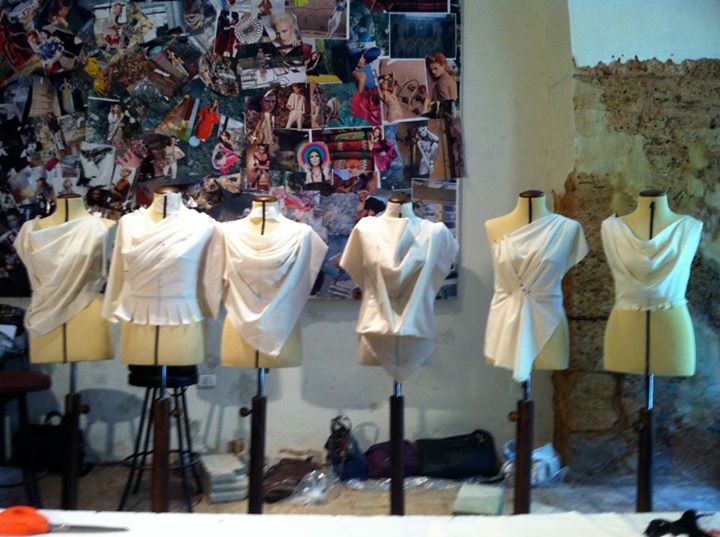 Exhibitions at the end of each year help raise funds too. Students sell their work and profits are reinvested, which maintains The Creative Space as a self-sustained organization. “It’s a school more than anything, an educational system, but also a brand because we sell what we produce,” explains Sarah. 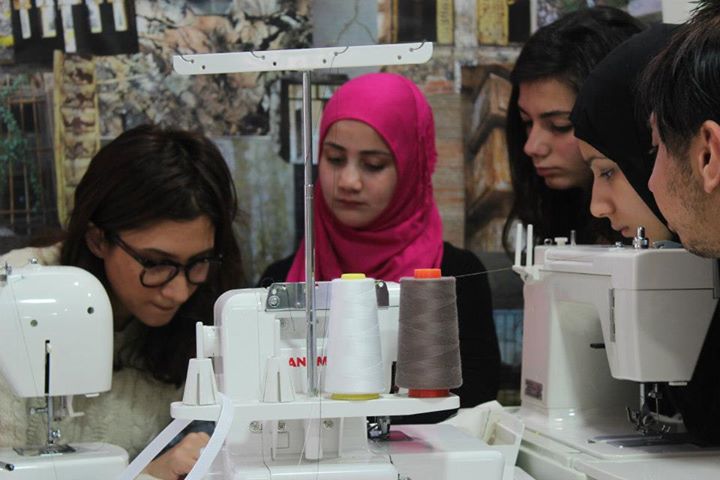 This year’s final year exhibition, titled “The Future of Fashion”, is taking place next Friday, June 28, at Bokja in Beirut’s trendy Saifi Village between 6 and 9 PM. It’s part of the Beirut Design Week that’s happening all over the city. Their fashion instillation will feature models wearing some of the clothes, and all pieces will be on sale to the public.

Sarah is happy with the recent rise in local fashion design programs too, saying that if anything, this is good for The Creative Space because they can all collaborate. The plan is also to expand to other creative fields, not just fashion. “Once you create a model of a 3-year program that works, you can apply it anywhere. Right now it’s a test period. The first 5 years are the most important,” she says. “We want to make the creative industry more accessible to everyone, as opposed to those who can afford expensive schools,” Sarah explains. 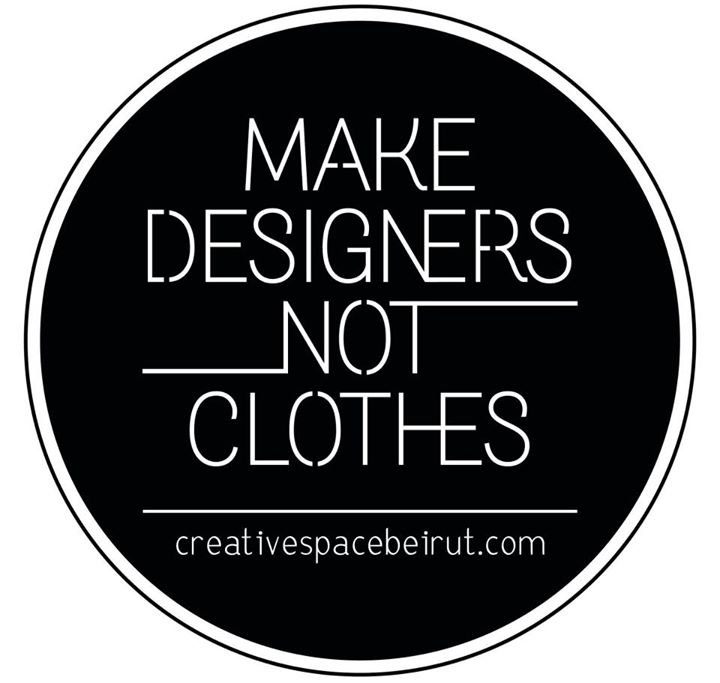 Make designers not clothes – that’s the slogan behind The Creative Space. Sarah and her enthusiastic team are definitely making both, beautifully. In a sense, The Creative Space doesn’t simply give men fish, but teaches them to fish, which is perhaps the most beautiful gift of all. If beauty is in the eye of the beholder then this initiative definitely hits two birds with one stone, crafting gorgeous pieces, while simultaneously establishing designers that can make more of them in the future, and drive the future of fashion in endless directions – and all of it is for free.

Visit the creative space exhibition on June 28 at Bokja in Saifi Village. Like them. Follow them. Read more and support them.

All picture courtesy of The Creative Space.