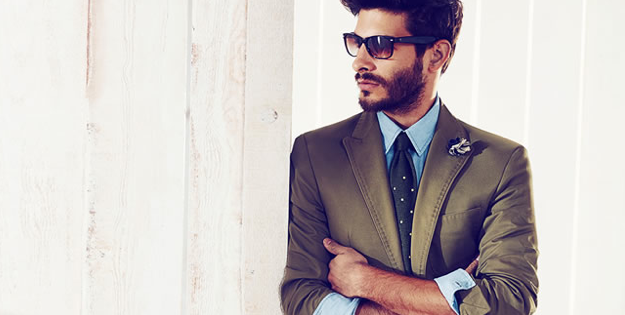 Fashionbeans.com lets us in on the latest tailored autumn/winter attire: As any wannabe sartorialist or religious fashion follower knows, the fashion seasons work in advance – so when we have blue skies and sun aplenty outside, fashion designers have already set their sights on what wares they can create and peddle come the winter months. Recently, I have decided to imitate the fashion greats and launch a series of articles detailing the men’s trends and themes for autumn/winter 2012.

One of the recent trends that I have noticed both on the high fashion runways and in the fashion press, and even on the streets themselves, is the increased use of denim within smarter, more tailored looks. Although denim is traditionally associated with workwear and more casual, informal outfits, the fabric is currently being utilised in much smarter combinations.

Denim is undergoing an era of gentrification – and this has been promoted and picked up by designers and high street stores alike.

The Gentrification of Denim

Back at the AW12 Fashion Weeks across the globe, fashion houses such as Brioni, Dunhill and Givenchy demonstrated support for the gentrification of denim in their collections on the runways. Two of the designer collections which really used denim to its full potential in a smarter, more gentrified manner were Ermenegildo Zegna and J.Crew.

Ermenegildo Zegna made frequent use of brown and grey checked suits, which were layered over traditional blue denim-look shirts and completed with matching knitted ties – creating a sophisticated, mature look.

The collection also featured denim shirts under chunky knitwear pieces and the same shirts worn over thin roll-neck jumpers. The pairing of these pieces, along with the colours, tones and fabrics used, had clearly taken inspiration from the 1970s, and could have easily crossed the line into old-fashioned and dated.

Ultimately, however, I think the collection manages to remain chic and refined, with the combinations working extremely well together: 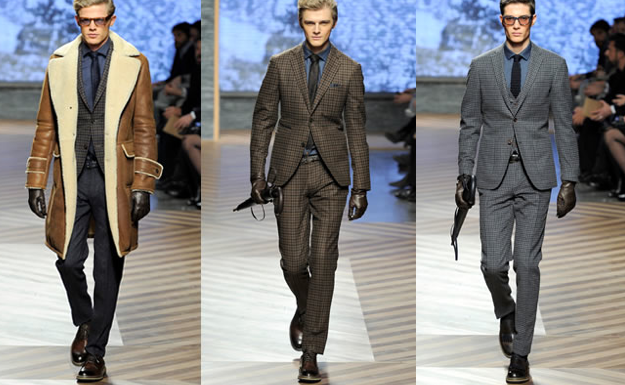 The collection by J. Crew had a slightly younger appeal and featured denim shirts and jackets matched with tailored pieces to create a youthful, gentrified look. In particular, there were some fantastic slim suits in both flecked grey and navy blue paired with light blue denim shirts and matching ties/accessories.

J. Crew also made good use of the normally casual denim jacket; dressing them up by layering them beneath duffel coats, blazers and blousons, which were then paired with tailored trousers. J. Crew excellently demonstrated thatdenim doesn’t always need to be used within casual looks, and their lookbook images only further emphasised this.

When paired with tailored suiting, there is no reason why denim cannot be dressed up to create a sophisticated, smart look – and although you need to be wary of your own workplace dress code, this isn’t a look that should be confined to the runways: 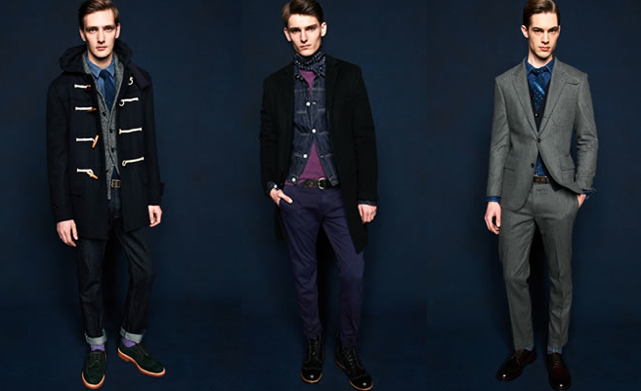 In The Fashion Press

The recent October 2012 issue of Esquire magazine featured an article on this very subject: The Gentrification Of The Denim Shirt. The article consisted of 4 differing looks, which used denim shirting as a base to build a selection of outfits designed for a professional, smart environment.

Tips from the article included favouring darker, indigo hues rather than stonewash tones for a more sophisticated feel, and the encouragement of the use of accessories – such as knitted ties, pocket squares and thin roll-necks layered beneath the denim shirt itself.

The 4 looks, as modelled by British actor Jonathan Bailey, perfectly demonstrated that denim is a versatile enough fabric to be applied to situations which demand a smarter, more professional look. Denim needn’t be discounted in these situations.