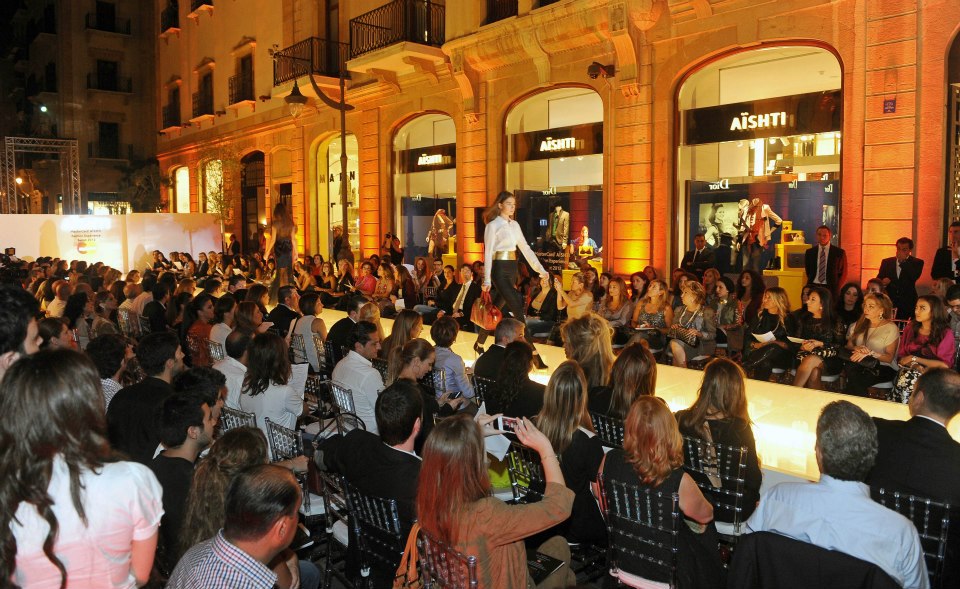 Under the light of the stars, 12 male and female models took to the 40 meter runway to reveal highlights from the Fall/Winter 2012-2013 collections from London, Paris, New York and Milan. With silhouettes spanning the decades, the looks celebrated texture; leather, brocade, silk and lace struck a harmonious balance in graphic black and white, with the occasional pop of red. Seductive hints – including glimpses of Agent Provocateur lingerie and lace Alexander Vauthier tap shorts – gave the sophisticated collection a provocative edge. Among the 40 looks that captivated the audience were key pieces from Emilio Pucci, Balenciaga, Chloé, Celine, Dior, Stella McCartney, Jimmy Choo, Dolce & Gabbana, Yves Saint Laurent, Burberry, Ermenegildo Zegna, Gucci, Cartier and Roberto Cavalli. The clapping of the audience as the final model appeared in a stunning Mario Schwab dress nearly drowned out the music that echoed throughout Downtown.

Following the show, guests waited in anticipation as Miss Lebanon Rina Chibani announced the winners of a drawing, with prizes offered by Aïshti, MasterCard and Global Blue. Gift vouchers worth $2,500 each were awarded to nine lucky guests, who made their way to the runway to collect their enviable prizes.

In support of those affected by the October 19 bombing, Aïshti donated 100 items of clothing to kid’s victims, and shoppers also contributed, with Aïshti donating 10% of sales on Wednesday, Oct 31 and Thursday, November 1 to the rebuilding effort. Samsung has also donated three televisions and two washing machines to families whose homes were damaged in the blast. In addition, 10% of the sale of a head-turning Gucci Fiat on display at the event will go to those families.

Aïshti owner and CEO Tony Salamé addressed the crowd at the end of the event, following a minute of silence in honor of the Ashrafieh victims at the start of the show. Mr. Salamé praised the resilience of Lebanon and the optimism with which its citizens continue to move forward.