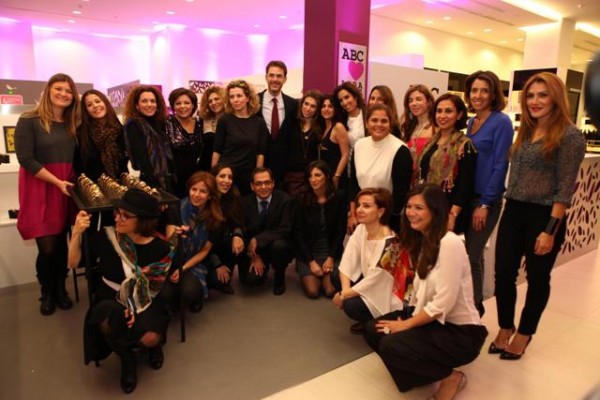 Two days ago, ABC Dbayeh launched its Lebanese Designers Corner in the new extension of the mall’s third level. The purpose of this new 205 m2 space is to promote and encourage Lebanese designers so that they continue pursuing their dreams and goals. The Lebanese Designer Corner will promote the latest collections of 18 designers for 3 months, offering them not only space, but also ABC’s operational expertise and marketing support.

The launch was headed by ABC’s senior management team as well as the designers, VIP customers and press representatives.

“As the leading Lebanese retailer, ABC believes that one of its missions is to support Lebanese talents. ABC has been part of the Lebanese community for 75 years and believes in giving back to the community” said Robert Fadel, Chairman and CEO of ABC.  “ABC has always been strongly involved in CSR and has been modest in communicating about it. We will not only continue our evolvement but increase it through several projects as we strongly and sincerely believe in giving back to the Community. It is a core value of ABC”, he added.

Newer Post Jamal Saidi: Exhibiting Photos of Beirut, Then and Now, in Chicago
Older PostChilln’ Out at Gem in Gemmayzeh