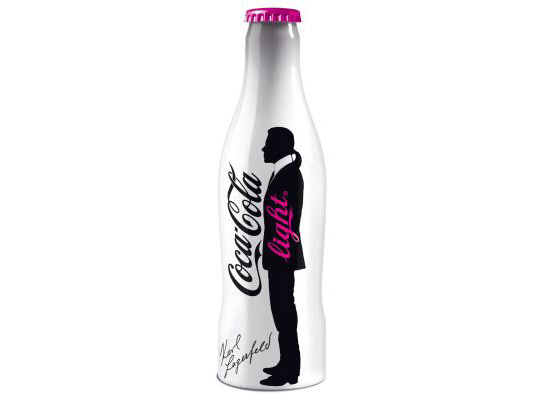 Karl Lagerfeld has collaborated with Coca-Cola to introduce a limited edition bottle design with an image of his slim silhouette in an opaque graphic label on the bottle of Coca-Cola Light. Set to be unveiled on April 28 at chic Parisian boutique Colette, the bottles will be sold for the equivalent of $5, or as part of a limited-edition boxed set that will cost around $80.

Lagerfeld has been a long-reported Coca-Cola Light/Diet Coke fan. He is rumored to have lost over 90 pounds consuming little more than the diet drink and vegetables, and in his 2005 book, he (by way of his physician) urges thin-seekers to drink no-calorie sodas and use ample artificial sweeteners. We don’t have to take his advice, do we? 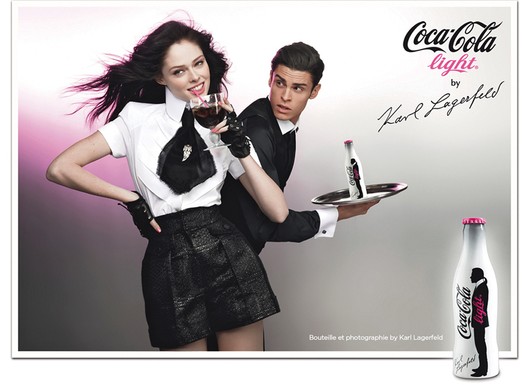 The advertising campaign for the release, photographed by Lagerfeld himself, features two of his favorite skinny people – models Coco Rocha and Baptiste Giacobini. Rocha is dressed in designs from Lagerfeld’s spring collection, capturing his iconic style, and stands shyly sipping the soft drink from Lagerfeld’s favorite Lalique glass.Who knew fizzy drinks could be so stylish?