Top Food Trends 2013: Get with the Chic Vegetables Program!

Change of mind, change of style: What you eat, how and  where. Big changes seem to be ahead tinks Olson, executive director of the Culinary Visions panel, who surveyed more than 3,000 consumers and dozens of food experts! More on usatoday.com: 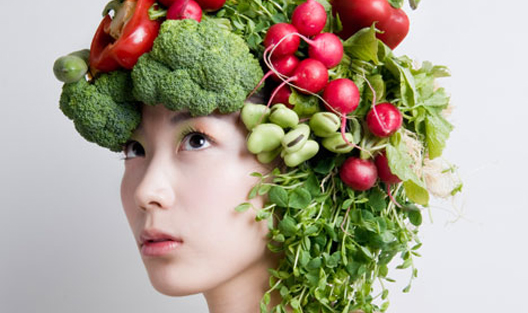 Street markets rule. Say goodbye to the notion of fine-dining trends eventually trickling down to the rest of us. In 2013, it will increasingly be trickle-up. “All of the inspiration will come from street markets,” says Olson.

Much is coming from street markets of Asia, for example, which recently influenced Chipotle to open the Asian-themed ShopHouse chain. “It’s a reverse thinking on the way companies look at identifying food trends,” she says.

“Pure” food sells. Consumers want the food that they buy demystified. They want to be able to pronounce the names of all the product ingredients. And they want to know where it comes from — ideally, locally, says Olson. “Nothing sells like pure and simple,” Olson says.

Kids get coddled. Forget the crayons, toys and prizes. In 2013, the way to appeal to both parents and kids will be to offer healthier but affordable food options; pay attention to food allergies, and train staff to be extra kid-friendly, says Olson.

Canning gets cool. As the locally grown push grows, so will the notion of canning, curing and cutting in-house. Pickling, in particular, is emerging as a hip way to add a personal touch, says Olson.

Veggies rock. From hyper-local veggies to those imported from exotic foreign lands, the vegetable will move to the center of many plates in 2013. Fresh veggies will show up in more school lunches and in more gourmet retail shops, says Olson. “Veggies have become chic.”

But the food giants are missing the boat on most of these cultural changes, says celebrity chef Cat Cora. “The big food companies are scrambling to figure out how to create the perception” that they’re on board.