Maki and Chef Louis Kenji Huang: The Beginning of a Culinary Journey 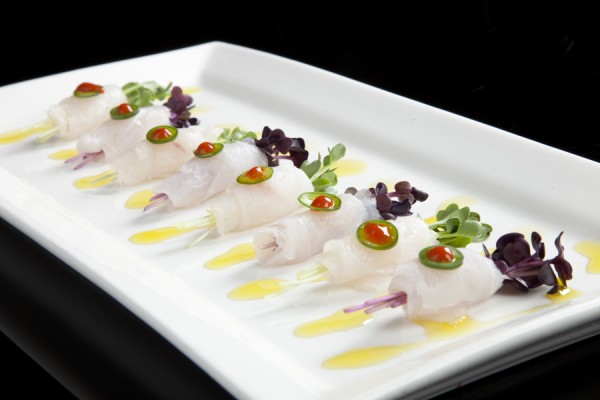 The past year has seen the Maki Restaurant Group welcome an evidently significant addition to the family of chefs that continue to delight their fans with the newest, most progressive Japanese fusion creations. Enter Chef Louis Kenji Huang with his vast experience in the food and beverage industry in order to add great value to this already “culinary-rich” organization. Louis is too humble to boast his many years of experience in five-star Vegas and New York establishments including the Michelin-starred Nobu of Las V 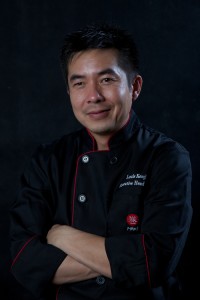 egas! On the other hand, this true leader is never shy to show his prowess in Asian fusion cuisine, especially when he led a group of his Maki chefs to win Horeca Kuwait 2012 gold medal for best sushi display and creation. Not enough for Chef Louis and his staff, they proceeded to tack on another prestigious award: the Boeker 2012 food hygiene and safety award. The two aforementioned awards added to Louis’ tally of awards he had won in the U.S., including, but not limited to best food presentation award in “Bite of Las Vegas” in 2007, 2008 and 2009.

Having fulfilled his calling and won the mentioned honors for Maki, Louis’ next journey included a carefully planned visit to all Maki market outlets, in order to present to all “fusion-lovers” the next great batch of Maki’s fusion dishes and at the same time “meet and greet” his guests and fans. The starting point was Maki Beirut. On February 24th Chef Louis arrived in Beirut and started working on some of the most exclusive, unique dishes that his fans have seen. To mention a few, dishes like the succulent, zesty Maki Duck Salad™, the flavorful Izumi Chili Shiromi™, the crunchy fusion vegetable spring rolls™, and the colorful Senzai Shake Sashimi™ where some of the fusion interpretations that Louis came up with. Combining traditional ingredients like white fish, salmon, and duck, with special herbs, spices and sauces, Louis delighted guests that gathered at Maki Beirut in order to meet him, take memorable photos, and enjoy the unequaled flavors of his cuisine! 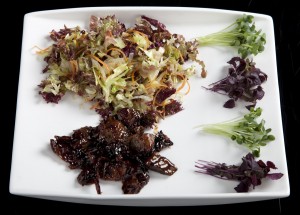 Following Maki Beirut, Louis moved on to Maki’s Bahrain outlet in the famous Moda Mall, and performed the same tasks, while partaking with a Maki stand in the gourmet festival that Moda Mall organized on March 4th. Lines of festival attendees formed to sample Maki’s newest creations, and to take photos with Louis and his chef staff. Great success for Maki and Moda Mall!

Finally, the journey ended in Louis’ new “backyard”:  his beloved Kuwait! Louis started with Maki Salhia, going through Marina Waves and the Avenues, in order to finish his creative journey at the iconic Burj Jassem location.

As we speak, Chef Louis Huang is on his way to the U.S. in order to visit and confer with his brethren Chefs and bring back the most innovative ideas for dishes that will keep “Maki lovers” satisfied for months to come!